The flyweight world champion of the World Boxing Council, Julio César 'Rey' Martínez, revealed that he will leave when his team instructs him to concentrate at the Otomí Ceremonial Center, in the mountains of the State of Mexico, for a possible unification battle against Artem Dalakian, who holds the title of the World Boxing Association.

Martinez indicates that he was given a tentative date of August 15 for a possible fight with Dalakian. That date may change.

"We are going in with everything, except fear, to make history," Martinez said, according to ESPN Deportes.

“[A unification with Dalakian] is what they told us and we have already started the preparation. Hopefully it is not postponed [due to the coronavirus pandemic] and we are going to prepare ourselves a thousand percent as always." 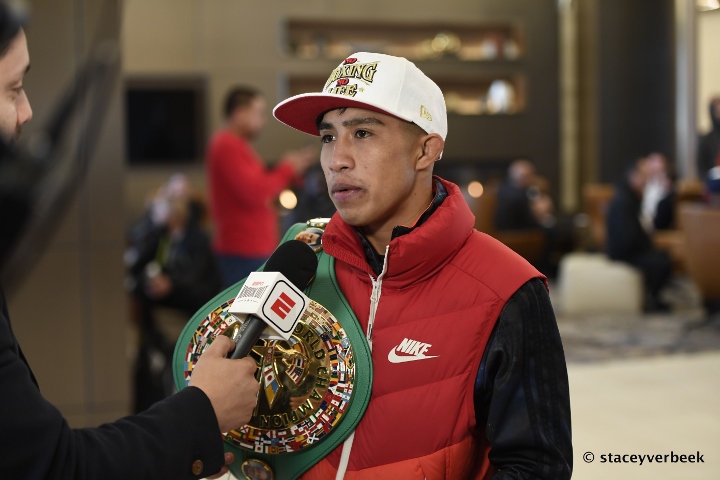 Martinez conquered the flyweight championship last December against Nicaraguan Cristofer Rosales, and had his first defense against Jay Harris in February.

In addition to Dalakian, the flyweight division has Moruti Mthalane as IBF champion, while Luis Concepción is interim-champion of the WBA. The WBO belt is currently vacant, after Japanese star Kosei Tanaka dropped the belt to move to super flyweight to chase more gold.

Martínez had previously made his intention clear, that he wants to unify the flyweight division, mentioning the example of Saúl 'Canelo' Álvarez as a role model.

"We want to follow in Saúl's footsteps and go after all the straps against whoever has them," Martínez said, referring to Canelo after the victory over Rosales.

Martinez gotta get those legs moving for that fight

That one works for me, Julio Cesar looking all but unstoppable now he's hit his stride and had a fantastic 2019 despite the Edwards debacle, but Atrtem's as good as anyone he's faced for my money.

I didn't see Martinez in action but I saw Dalakyan and despite few mistakes in defense which he poses not everyone is able to have the power to break his above average chin.