Julian Williams is deep in preparation ahead of his highly anticipated showdown for his clash for the IBO, IBF and WBA with the highly rated undefeated Jarrett 'Swift' Hurd.

Williams has had a successful few years after coming back from his loss against Jermall Charlo, establishing himself as one of the most exciting prospects in the Super Welterweight division.

The Philadelphia native now aims to be second time lucky against the unified champion in his backyard of Washington D.C 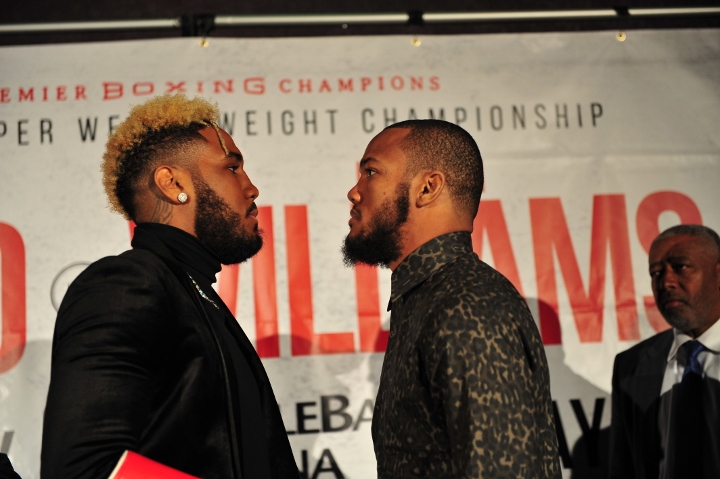 "I've matured since the Charlo fight and I have developed patience in and out of the ring and that is why things have changed and I have been winning since."

The fight will take place in the unified champion Hurd's hometown of Washington D.C. and will be the champions first fight at home since 2014 and his first title defence in front of his home crowd. Williams gave his take on the challenge of fighting a fighter regarded as the best in the division in his hometown.

"To be unified champion of the world is every fighter's dream. That is what I believe I will achieve on May 11. I am not going to reveal how I am going to but I believe it's going to be a very competitive fight with the two best out there fighting each other and it will end in Julian Williams becoming IBO, IBF and WBA World Champion."

J Rock is more than Capable if beating Hurd. Like Munguia, Hurd defense and Head Movement is not the best either and I like Hurd but he has his flaws as well. Good Luck to J Rock and Breadman as…

J Rock is a very skilled fighter and definitely has the edge in that department, however I don't see Williams being able to fight off Hurd for 12 rounds. Hurd's aggression, body punching and conditioning will overwhelm Williams in the…

I like Williams BIG in this one. Hurd is tailor-made for Julian. He’ll just have to avoid getting caught with something big late.

[QUOTE=boxingthoughts;19661308]jrock hurd gonna knock you out just like charlo did - poor choice for you to take this fight you a good fighter but not elite you are becoming the guy everyone uses to get wins too bad kinda liked…

Once again. The fight is in Fairfax, VA.