Romero, who resides in nearby Villa del Carbon, had not fought since November 9 of last year, stopping Ranses Payano in round 2. The 30-year-old entered the Torres fight having stopped his previous four opponents. 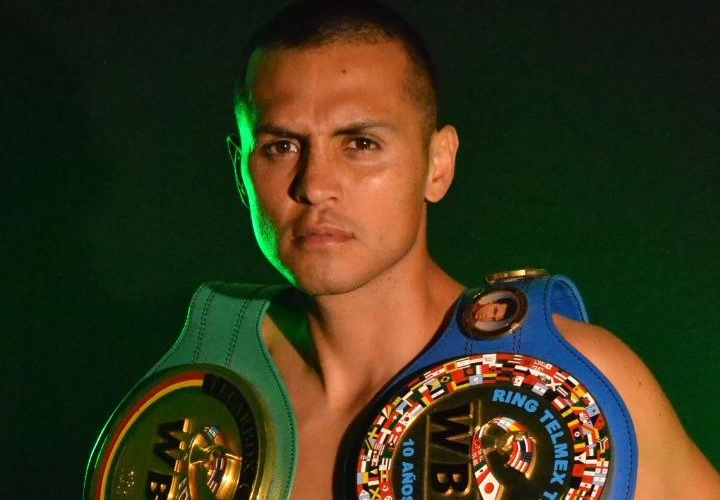 The physically-bigger Romero was the more-effective fighter, beating Torres to the punch during several exchanges. By round 6, Torres looked tired, relegating to throw one punch at a time, a few times throwing punches in spurts.

Romero, who represented Mexico at the 2016 Olympic Games in Rio de Janeiro and is a Second Sergeant in the Mexican army, was content to outbox Torres during the final rounds as he continued to dictate the action from the center of the ring.

In a clash of junior featherweights who reside in Mexico City, Bryan Mercado won a hard-fought unanimous decision over Alejandro Gonzalez.

Since losing his second pro fight by split-decision in September 2015, Mercado has built up a solid record by defeating modest opposition. Mercado defeated Ricardo Garcia Lozano by unanimous decision in his last bout on September 26.

Mercado momentarily stunned Gonzalez with a left hook to the head midway through the opening round, but had to fend off the awkward fighter who would connect with wide hooks and crosses to the head. Despite mixing his attack, Mercado was not able to fend Gonzalez off, at times having to fight off the ropes or a corner.

Gonzalez was able to stun Mercado with a left hook to the head in round 6. He was able to connect with more-telling punches the following round, but Mercado connected with several combinations in round 8 that likely swung the decision in his favor.

Junior welterweight Eduardo Martinez, a former member of the Mexican National team and a resident of nearby Cuernavaca, stopped Victor Hernandez (4-2, 2 KOs) in round 5 to improve to 6-0, 5 KOs.

The fight card aired on TUDN in Mexico and the United States and was promoted by Promociones del Pueblo.

Francisco A. Salazar has written for BoxingScene since September of 2012 and has covered boxing in Southern California and abroad since 2000. Francisco also covers boxing for the Ventura County (Calif.) Star newspaper and RingTV.com. He can be reached by email at santio89@yahoo.com or on Twitter at FSalazarBoxing