Both fighters connected with good punches, managing to keep the fans on the edge of their seats during the eight rounds. At the end of the night, the judges scored 76-76 (x2) and 77-75 for Garcia.

After the fight, Lopez made it clear that his preparation was affected, due to the local commission rejecting several selected opponents and then taking their time to approve Garcia. 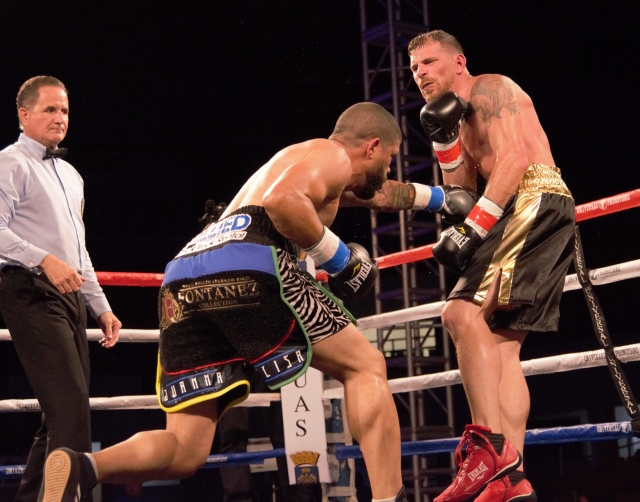 "I'm satisfied with what we did, although we understand we deserved the victory, they gave us a draw and the fans enjoyed a good fight," Lopez said.

"I could not fight as well as I wanted to, I could not look like I would have liked to. The Argentine is a strong and uncomfortable boxer. Unfortunately the obstacles that we had to carry out for this fight affected me, because we didn't know for sure who my opponent was going to be until last Saturday, which was when the Puerto Rico Boxing Commission notified us of Garcia's approval.

"My experience and experience helped me to do the job. It took me a while to find the rhythm of the fight, but already in the last few rounds we managed to fit in and we were putting things in place. We are still focused on our plans and we hope they do not put more obstacles in the way."

John Karl Sosa (14-3, 7KO's) had an impressive comeback after three consecutive defeats and two years of absence, by annihilating Miguel "Bebe" Suárez (15-4, 9KO's) in the first round. Sosa showed great speed in his powerful and accurate shots, taking the Argentine fighter out of the race.