The adrenaline that Juan Francisco 'Gallo' Estrada already has for his upcoming defense of the super flyweight championship of the World Boxing Council on his home soil, has already increased to a higher level because of the possibility of imposing a new attendance record at the Hermosillo Multiple Uses Center, which has an existing record of 10,000 fans that dates back to March 1991.

Estrada will face Dewayne Beamon on August 24 in a card being staged by Matchroom Boxing and Zanfer Promotions, with boxers such as Filip Hrgovic, Mario Heredia, Liam Smith, Darleys Pérez and some more stars.

"Every day I feel more excited to defend my title in Hermosillo and I know that the venue will be full of fans, we will impose an attendance record and I have no doubt that it happens. I will give a great victory to my people," Estrada said to ESPN Deportes at a media workout in Hermosillo, Sonora, the headquarters of the battle. 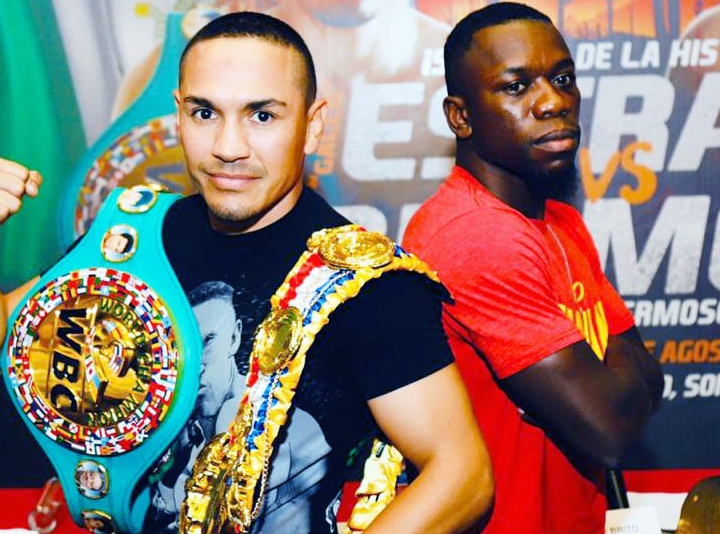 The record of 10,000 fans was generated by Jorge 'Maromero' Páez against Jorge Ramírez on March 8, 1991, and since then no one has been able to pass that mark.

According to Zanfer Promotions, the capacity for this event will be 10,500, so they hope that finally 'El Gallo' can break that attendance record.

About the preparation he has been doing, after five weeks in Los Mochis, and what remains in Hermosillo, renowned coach Alfredo Cabalero broke down that his boxer is in excellent condition.

"We are in the final week of preparation, he has his rhythm and his conditioning is practically done and we have no problems with the weight. Juan is very disciplined, he has responded well to the job and his mentality is unbeatable, he wants to give Hermosillo's fans a great victory," said the coach, who is also training WBC super featherweight champion Miguel Berchelt for a possible fight this September 14 in Las Vegas.

[QUOTE=Letmaku;19988447]Ancajas vs Estrada amigo![/QUOTE] Estrada will give Ancajas a Boxing lesson.