Most can recall the classic advertising line declaringyou never get a second chance to make a first impression.

Jr. bantamweight champion Juan Francisco Estrada (39-3, 26 KO) has made a career of turning the saying on its ear. The 29-year old Mexican battler has done more with second chances than almost any elite fighter on the current scene. His latest second chance impression was made at the expense of Thailand’s Srisaket Sor Rungvisai in April.

Fourteen months after losing the narrowest of decisions in their first encounter, Estrada fought one of the best fights of his career to win a title in his second weight class and recognition from TBRB and Ring Magazine as the rightful champion of the division. Saturday (DAZN, 7 PM EST), Estrada follows his latest title win with what looks like a bit of a victory lap on his home turf in Hermosillo.

Estrada will defend the lineal and WBC crowns at 115 lbs. against Dewayne Beamon (16-1-1, 11 KO). Even in a year with more than it share of upsets, an Estrada loss would be quite the shock. Most expect this to be the beginning of his second act as a defending champion after previously holding the WBA and WBO flyweight belts from 2013-16 with five successful defenses.

Given his history, fans should feel free to get excited.

The win over Sor Rungvisai wasn’t just Estrada’s second shot at the 115 lb. crown. It was also the second time the man nicknamed “El Gallo” avenged a loss.

Estrada’s first defeat came in a 2011 battle of future champions when Estrada faced Juan Carlos Sanchez Jr., trading knockdowns before losing an eight round decision. They squared off again later in the year and traded knockdowns again before Estrada stopped Sanchez in round ten.

Estrada dropped down to 108 lbs. the following year for his first crack at a major title. In what remains one of the finest fights of this decade, Estrada lost a competitive decision to Roman Gonzalez. It was a fight that helped to propel both men’s careers forward and, in defeat, opened immediate opportunity for Estrada.

Estrada’s second chance to win a belt came in 2013 at flyweight and, fittingly, he picked up two straps for his trouble. Estrada traveled to Macao to beat a Brian Viloria who was on the best run of his career. He followed with impressive defenses against undefeated future Jr. flyweight titlist Milan Melindo, former Jr. flyweight king Giovanni Segura, and former flyweight titlist Tyson Marquez. Estrada might have done even more but injuries kept him on the shelf for over a year between 2015 and 2016.

Even with the loss of Naoya Inoue to bantamweight, and the absence of Gonzalez for all but one fight since his losses to Sor Rungivisai due to injury, Jr. bantamweight remains as loaded as almost any division in the game. One could make a case Estrada has already earned consideration one day for the Hall of Fame but there is enough talent around him to elevate him to another level.

Looking at the current TBRB top ten at Jr. bantamweight, the array of interesting matches Estrada can make in the next year or two is chock full of intrigue. The easiest to make might be a unification match in house against sixth-rated WBA titlist Khalid Yafai (26-0, 15 KO). Yafai and Estrada are now both promoted by Matchroom. The 30-year old Yafai, a 2008 Olympian for the UK, has made five title defenses but hasn’t yet tested the real top of the class. Estrada has made clear he’s interested. Unification has to start somewhere. 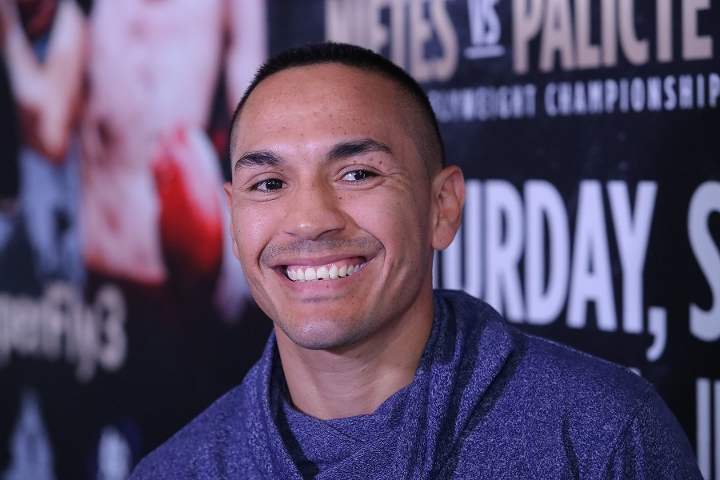 Estrada could also further his resume with a pair of rematches. Sor Rungvisai’s surge in the second half against Estrada narrowed the gap in the rematch. The rivalry feels like it needs one more chapter and their first two fights make a rubber match an easy sell. The 32-year old Sor Rungvisai has yet to return to the ring and likely won’t want to wait too long to do it again.

Then, of course, there is Gonzalez (47-2, 39 KO). “Chocolatito,” still TBRB’s number four contender, is back in the gym and ready to resume his career after knee surgery. Estrada has avenged two of his three career losses. Would Gonzalez fall victim to Estrada’s knack for nailing sequels? Like Sor Rungvisai, Gonzalez is 32 and that’s not young for lower weight classes. If the former four-division champion has one more great night in him, could he and Estrada surpass the action of their first time around?

Gonzalez isn’t the only man to win belts in multiple divisions hanging out at 115 right now. 37-year old Donnie Nietes (42-1-5, 23 KO) hasn’t lost since 2004 and, last December, won the vacant WBO belt against Kazuto Ioka (24-2, 14 KO) to become only the third man to win belts from 105-115 after Leo Gamez and Gonzalez. Nietes gave up the belt right away to pursue other opportunities but has yet to return to the ring. He and Estrada might be the sort of violent chess match hardcore fans drool over.

The 30-year old Ioka picked up the again vacant WBO belt in his next fight and will defend later this year. If Estrada wins Saturday and then chases unification with Yafai, he’ll still have two more belts he can pick up to clean up all the hardware. Ioka was the WBA regular titlist for part of Estrada’s reign at flyweight and a showdown was never ordered. It’s not too late to make what would be a damn good scrap. So would a showdown with 27-year old Top Rank-promoted IBF beltholder Jerwin Ancajas (31-1-2, 21 KO).

Top Rank showed this year they are willing to cross lines for a unification match with Jose Ramirez defeating Maurice Hooker on DAZN at Jr. welterweight. Could bridges be crossed one way or another for Estrada-Ancajas?

This is just the cream of what is available in the land Estrada stands atop now. Estrada has a chance for a deeper and even more impressive title run than he put together in a solid first reign at flyweight if he sticks around. In an era when three fights a year is really busy, he’s unlikely to fight them all and the lure of the scale might prove enticing as well. Could Estrada rise in weight one more time to chase a Naoya Inoue if the Japanese knockout artist wins the World Boxing Super Series at bantamweight?

If he does, history says Inoue might want to finish him the first time and move on.

[QUOTE=Johnny Utah;20004757]Look we all love Juan Estrada. However in his terrific performance against Runsungvi I’m not convinced he’s better. The champion from Thailand fought the first 3/4 of the rematch orthodox ? And it was only after switching to southpaw…

[QUOTE=50knicks;20004306]I think they’ll be an upset here this weight class is devoid of slick black fighters I think it’ll mightily confuse Estrada. Beamon UD[/QUOTE] Brandon lost a split decision to a fighter with a .500 record. I don't think he's…

Estrada is a treasure in boxing these days. I have been a fan since his war with Gonzalez. He deserves a good run in this division. He will be ready for every fight.

What a breath of fresh air.....Great Article, even though I had Estrada punishing Chocolate to the point where Chocolate avoided the rematch .......John Francis Estrada is presently The Best In Boxing and definitely a G.O.A.T.