Joshua: Tyson Fury Came So Close, He Won't Let it Go This Time!

Fury will challenge Wilder on February 22nd at MGM Grand in Las Vegas.

The first time they fought, in December 2018 at Staples Center in Los Angeles, the contest ended in a controversial twelve round split draw. 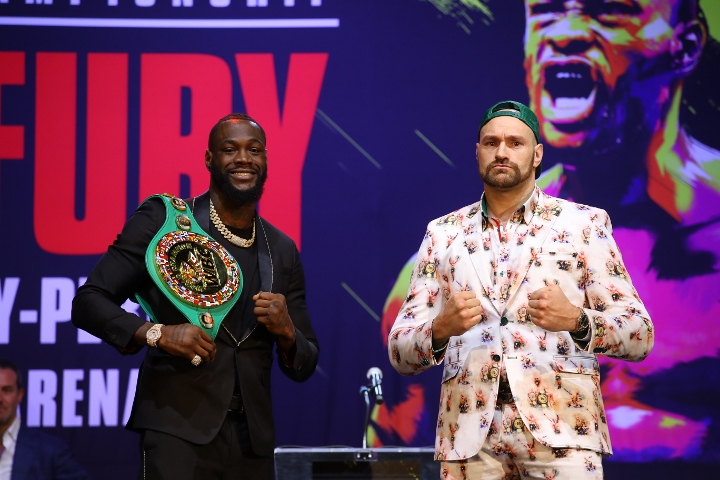 Fury went down twice in the fight and barely made it up from the second knockdown in the twelfth and final round.

This time around, Fury is in much better physical shape than he was the first time around. He also has a new corner, with a decision earlier this month to part ways with Ben Davison. He would hire American trainer SugarHill Steward, who is the nephew of Hall of Fame trainer Emanuel Steward.

For the sake of the UK, Joshua hopes Fury can pull out the victory.

"I think Fury is going to win [the rematch]. I just think that the man that came so close the first time won’t let it go the second time. People say that Fury won the first fight. Who knows? I hope he’s in better condition this time around," Joshua told IFL TV.

"Providing he’s been consistent and he’s got rid of the rust and the cobwebs, he should be victorious. He came so close to doing it the first time, he’s a man who can do it again for sure.

I thought Fury won by 2-3 points last time it was fairly clear though Wilder got two knockdowns and there were a couple of close rounds. But researching that fight, it seemed to be "in the air" for it to…

[QUOTE=Angeljuice;20356127]Interesting point of view. I see it as Wilder takes a long time to warm up, Joshua's knockout record is second only to Wilder's. If it takes Wilder 6 or 7 rounds to get his timing and distance right (as…

[QUOTE=P4Pdunny;20355360]Gotta humbly disagree. I think Wilder's style is all wrong for AJ so I'm not sure how that fight pans out but I actually am confident AJ beats Fury. It's all about the styles, not trying to be cliche either.[/QUOTE]…

[QUOTE=Angeljuice;20352885]Wilder isn't a problem for AJ, Fury would be tough though.[/QUOTE] Gotta humbly disagree. I think Wilder's style is all wrong for AJ so I'm not sure how that fight pans out but I actually am confident AJ beats Fury.…

Speak it into existence AJ!