Joshua: Until They Are Free, Don't Talk To Me About Wilder, Fury!

Anthony Joshua is not even interested in discussing the possibility of facing Deontay Wilder or Tyson Fury in the future.

Joshua alleges that both of the unbeaten heavyweights came together to freeze him out - and they have already mapped out their future until the first quarter of next year.

Fury will face Tom Schwarz on September 14th at the T-Mobile Arena in Las Vegas. And Wilder will collide in a rematch with Luis Ortiz on a date in November. Should both of them win, the rematch will take place in February. 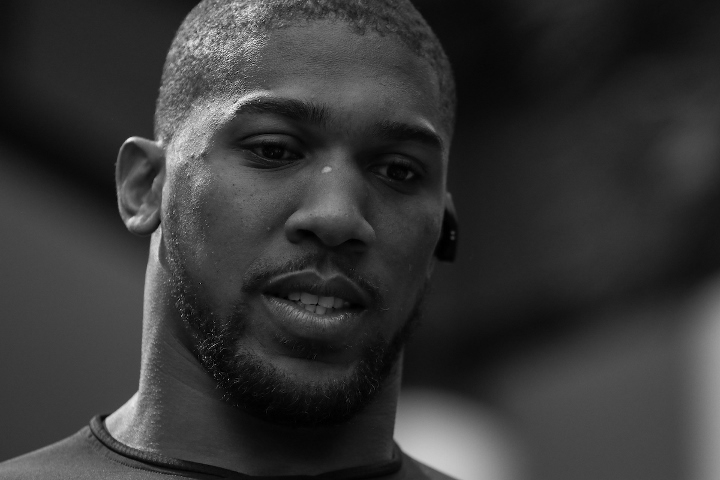 Joshua suffered his first career defeat back in June, when Andy Ruiz dropped him four times and stopped in the seventh round at Madison Square Garden in New York City.

He faces Ruiz in a rematch for the WBO, IBF, WBA, IBO world titles on December 7th in Saudi Arabia.

Until he beats Ruiz, and Wilder or Fury are free to fight - Joshua is not concerned with either man.

"I've got something to fight for now. The guys I wanted to fight are tying themselves up for a year-and-a-half. They froze me out. Wilder has [agreed] his next fight with Ortiz, his next fight with Fury," Joshua said on AJ: The Untold Truth, which is available as an on-demand special on Sky Sports.

[QUOTE=Roberto Vasquez;20011883]He was messed up bad - you could tell by his legs and he had no strength. The same thing happened against Whyte when he hurt him. AJ took a few rounds to recover. Also against Wlad - he…

Puss joshua is a clown, he better shut tfo. Wilder and Furt were free, that didn't help to arrange a fight.

[QUOTE=giant_king;20009111]look back at that fight Roberto u kinda get the since everytime Joshua was knocked down he really didn't look hurt.now with the roid king Vlad he showed heart and was in much more danger in that fight hmmmm kinda…

[QUOTE=Roberto Vasquez;20008751]No way would a promoter ever want their fighter to lose. No matter what the landscape. Why did Joshua knock Ruiz down and then hit him with that huge right when he stood up? Strange way to try to…

"Fury will face Tom Schwarz on September 14th" Nope, it's Otto Wallin. Btw AJ is describing his own game here. But he lost, hence now he must hope someone gives him the opportunity. The same opportunity that he didn't give…