Anthony Joshua says he would take less money if it meant his undisputed world heavyweight title fight against Tyson Fury would take place in the UK.

Joshua, the WBA, WBO, IBO and IBF champion, is likely to face Fury in Spring next year, providing he gets past Kubrat Pulev at the SSE Arena, Wembley, on December 12. 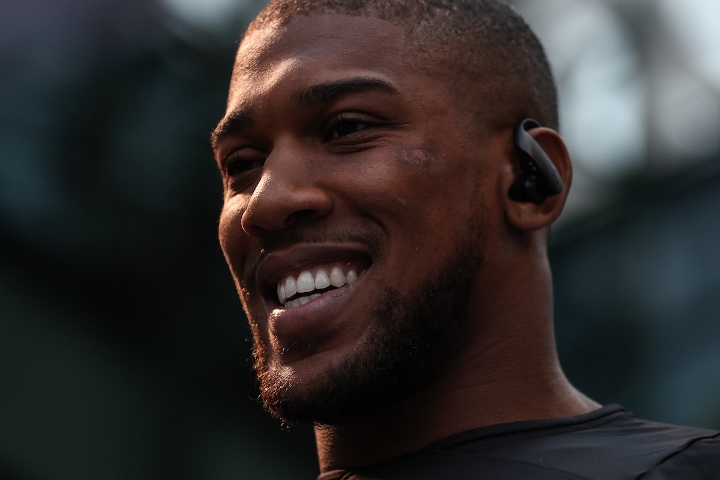 Although both are British, it does not mean the fight will be in Britain. A huge site fee could be available if the fight ends up in the Middle East. But Joshua, who regained his titles from Andy Ruiz Jr in Saudi Arabia last December, says he would agree to a lower purse to bring the fight to Britain.

“It's all experience, we are doing it now so I wouldn't mind doing it again. It's not harming me, and it's for a bigger cause as well, it's a massive cause and a big fight but the main objective is how do we get Fury in the ring.

The main objective is getting this fight done, there is definitely the element that the fans are the most important and getting them together to watch a British classic. What finances can we gather to get Fury in the ring? It's a tough one but I would definitely go for the fans this time around, for sure. I’ve been away for two years but I’m back in the UK and I want to stay here as long as possible.

“But fighters have to travel. Like Fury, he says: ‘I’ve fought in Germany, I’ve beaten Wilder in America’. There is a sense of a trail blazer, a road warrior, so I don’t mind getting on the road. I did it last year and I’ll do it again.”

[quote=fighter78;20927226]the british deserve nothing....the fight should be in america. The british don't know boxing that's why they can sit up and watch an entire frank warren undercard without passing out and dying.....lol...pathetic[/quote] americuuuhh..... Phuck yeah

[QUOTE=Motofan;20926828]Regardless of anything else, the British fans deserve to have this fight at home.[/QUOTE] The British deserve nothing....the fight should be in America. The British don't know boxing that's why they can sit up and watch an entire Frank Warren…

Regardless of anything else, the British fans deserve to have this fight at home.

[QUOTE=Oldskoolg;20926129]You do understand that Tyson Fury and I are from GM? I’m really not getting your troll attempts but may you love a thousand lives young man.[/QUOTE] Am not interested in where you come from, am only making an obvious…

AJ has drawn a line in the sand :boxing: