By Declan Taylor, courtesy of The Daily Star

ANTHONY JOSHUA is set to pocket a career-high purse for fighting Jarrell ‘Big Baby’ Miller on June 1 in New York.

The WBA, IBF, IBO and WBO champion was expected to defend his belts at Wembley on April 13.

But after failing to secure a big enough opponent, AJ will now attempt to crack America. 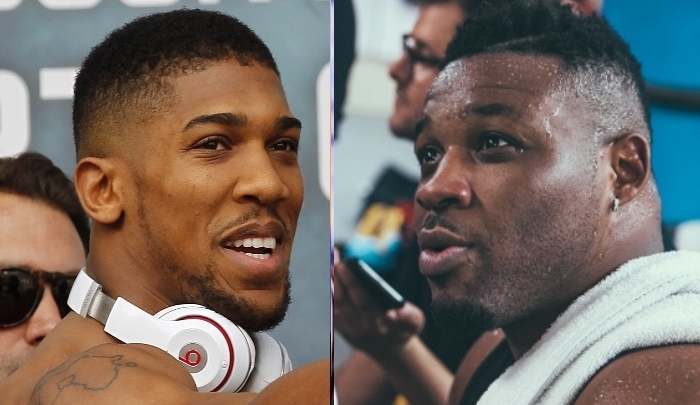 His promoter Eddie Hearn says a deal to fight New York native Miller is now close to completion and their Madison Square Garden showdown could be rubber-stamped before the end of the week.

And it is understood that Joshua will earn around £25m [32 million USD] for his part in the Big Apple clash – which would eclipse the £20m he banked for beating Alexander Povetkin in September.

Most of the money will be stumped up by Hearn’s US broadcast partner DAZN, while Joshua will also earn via UK pay-per-view sales on Sky Sports Box Office.

Hearn said: “I would say it is 80 percent likely that Joshua will fight Miller next.

“Every marketing executive and PR specialist have always said, ‘You have to fight in America’ and the timing just appears to be right.”

[QUOTE=davefromvancouv;19520721]In Wilder's case, only a small fraction of his revenue is required by law to be made public. In Joshua's case, you just have to take Hearn's word for it. Essentially, it's none of your business.[/QUOTE] If the fights on…

AJ getting more money to fight the Burger King mascot than he did to fight Wlad...try explaining that to a casual fan smh

#earnwithhearn Got to keep the pet Nigerian robot well fed and watered.

[QUOTE=davefromvancouv;19520721]In Wilder's case, only a small fraction of his revenue is required by law to be made public. In Joshua's case, you just have to take Hearn's word for it. Essentially, it's none of your business.[/QUOTE] wilder seems to be…

[QUOTE=davefromvancouv;19521995]For contenders, it's all about paying various sanctioning body fees to get the fights leading up a mandatory position. But in Wilder's case, he was already the WBC champion, after rejecting Klitschko's offer to step aside for the belt. After…