Joshua Greer: I Can Beat Anyone at Bantamweight

Joshua Greer is going to make the most of his televised appearance tonight against Giovanni Escaner.

“I’m going to come to hurt and a make a statement.”

Based on his last several fights, that could likely be the case.

Greer will square off against Escaner at the Grand Casino in Hinkley, Minnesota. The 10-round bout will precede the main event bout between WBA ‘regular’ middleweight titleholder Rob Brant and Russia’s Khasan Baysangurov. 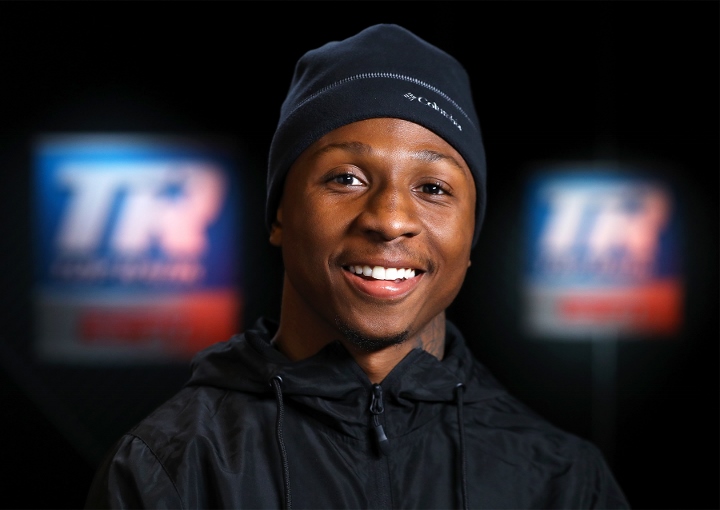 Greer (19-1-1, 11 knockouts) stopped former contender Daniel Lozano after the seventh round of his last bout on Dec. 14 in Corpus Christi, Texas. The 24-year-old Greer has displayed more aggression and power in his last several fights, stopping his last six opponents.

It could possible be seven knockout wins in a row for Greer tonight. Escaner (19-3, 12 KOs) is from the Philippines and has won his last eight bouts, but all against average opposition.

Greer is already ranked number seen by the IBF, but believes he is ready to face the top echelon of the bantamweight division.

“I’m one of the best,” Greer told BoxingScene.com earlier this week. “I can beat any of those (bantamweights). I’m a better boxer than any of them. I’m more polished.”

“I’m thinking more in the ring. They don’t have the power that I do. I sit down on my punches. I execute my game plan.”

Greer’s recent stretch of knockouts has created a savvy marketing ploy. Greer now goes by the nickname ‘Night, Night’ and he also carries a pillow with the phrase written on it.

“James Smith was disrespectful to me and my team. I wanted to make him feel uncomfortable in his hometown. I wanted him to feel that pressure at the weigh-in. That’s when I brought the pillow. The rest is history.”

Tonight will mark the third fight Greer has fought under the Top Rank banner. Greer believes signing with the longtime promotional company and having a well-known manager guide his career is a plus in the long run.

Greer also hopes a fight can be lined up in the future of his hometown of Chicago.

“It means a lot to me. Chicago is a whole different city. It feels like a different country. I want to make the fight scene in Chicaco better. It would mean a lot to headline in Chicago or fight for a world title belt there.”