Josh Taylor: I'm Too Big, Too Tall, Too Quick For Regis Prograis

IBF junior welterweight champion Josh Taylor has promised to do a number on his upcoming opponent, WBA champion Regis Prograis.

Their unification is the final bout of the World Boxing Super Series junior welterweight tournament, and takes place on October 26th from the O2 Arena in London. Streaming service DAZN and Sky Sports Box Office will carry the bout.

Prograis has been doing a lot of talking, stating in several interviews that he's confident of knocking Taylor out. 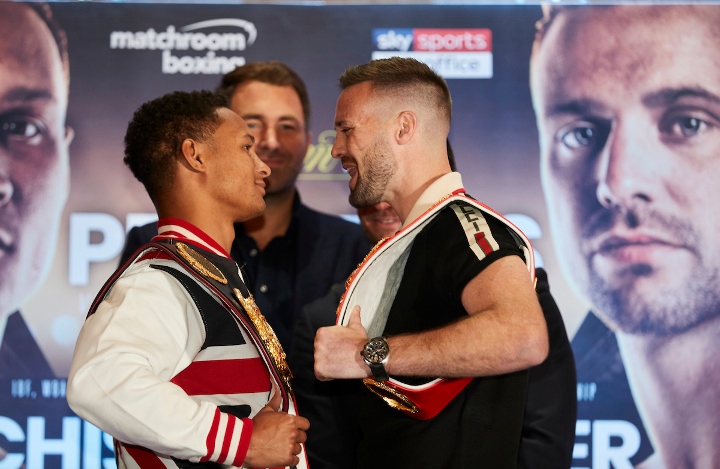 The two fighters exchanged harsh words when they came face to face at their press conference to announce the fight.

Taylor plans to get the last word when they meet in the ring.

"This fight proves who the true number one is. I believe it is myself, he believes it is him. I do believe we are the two best in the division. He likes to blow smoke up his own behind, and believe his own hype. I let him do his talking," Taylor told Sky Sports.

"I do my talking in the ring, so we'll see on the night. I am too big for him, too tall for him, too quick for him. Size will be a telling factor in this fight."

Prograis believes Taylor is very open to get hit, because he sees flaws in the Scottish boxer's defense.

"We go back and forth. I feel the same way, you'll see on the night who is the best at 140lbs," Prograis said.

"I'm super-confident, there's no way he can beat me, it's not being cocky or arrogant, it's just how I feel. All his 15 fights look the same, all mine look different. My style will prove to be the better one, I can do so many different things and he does get hit a lot."

[QUOTE=Sid-Knee;20129575]I know he was better than good. That's why I said he was a VERY good fighter.[/QUOTE] I have him as Fb friend. Personally I have him equal with Henry Armstrong just kidding! : ) Ken Buchannan a special commodity…

[QUOTE=*Makaveli*;20110669]Even recently the Amazing Alex Arthur was a very good boxer[/QUOTE] I liked Alex, but he was nothing of the sort. He was a good fighter at best. And that's only due to the win over Burns early on in…

[QUOTE=Sid-Knee;20110623]Yeah, AJ didn't get hit by bigger punches from Povetkin and Wlad and come through. Shame he wasn't hurt by the light punching Postal the way Taylor was. Maybe he would have been knocked out otherwise. 2 of those KD's…