The negotiations have resumed for a heavyweight grudge match between Joseph Parker and Junior Fa.

Parker, a former WBO world champion, had planned to fight again in August or September. That plan may get pushed back as talks continue for the Fa encounter.

Parker and his handlers have tried several times to make the Fa fight happen, but they never get close to agreeing on the financial aspects of the deal. 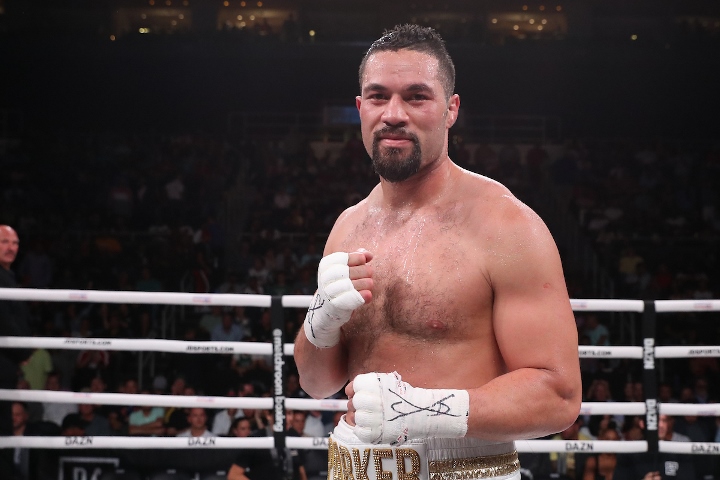 Parker and Fa fought four times in the amateurs, with each man walking away with two wins.

Parker's manager David Higgins explains that they offered Fa a big purse - and have yet to hear a response.

"Two days ago we offered Junior Fa more than $500,000 [New Zealand dollars] to fight Joseph Parker. That's 10 times the biggest fight he's ever had. The second-biggest fight in the history of New Zealand. The only bigger purse has been when Parker fought Andy Ruiz Jr and won the world title. Junior Fa was offered the second biggest purse ever to fight the guy he had been calling out for two years. We can't get a response. The only explanation is Junior Fa is using Joseph Parker to build his name and then he's offered $500,000, enough to buy a house, and he runs," Higgins told Sky Sports.

But Fa's promoter, Lou DiBella, says the offer is not as great as Higgins makes it out to be.

"That's simply not true. I don't believe in negotiating through the press, that's not how it's done when you really want to make a fight. The guaranteed money in the offer was $200,000 US. I found the offer, guarantee and upside, to be totally unacceptable for one of the biggest fights in New Zealand boxing history. I didn't accept it. I will be discussing it further with Junior's team shortly," DiBella said.

"Under Higgins' offer, the fight would need to do huge business for the Fa side to see $500,000 NZ between us. They can't assert how big the fight is and act like Junior is an insignificant participant."

Bottom line is, Junior Fa isn't earning anywhere near that money elsewhere. While Parker-Fa is a huge fight regionally, it's not really a draw anywhere else in the world..so I don't know what Fa's Team is holding out for. Fa…

Junior Fa is not good at boxing. This is a garbage fight.

Junior Fa doesn't look like anything special they are just playing this narrative of their amateur fights but Parker is a former world champion who has fought the top guys who has Fa fought Devin Vargas? and he looked mediocre…

Would make a decent co-feature to DuBois and Joyce

junior Fa couldn't sell out the mongrel mob club house, hes not known out side of the south island, don't his dumb promo team know that....getting stranger by the day, if far is that good just take the money you…