Joseph Parker Getting in Rounds With Molina, Scott For Whyte

Parker will collide with Whyte on July 28th at The O2 on July 28, live on Sky Sports Box Office.

Parker, who is coming off a March twelve round decision loss to WBO, WBA, IBF, IBO champion Anthony Joshua, is getting ready in Las Vegas with head trainer Kevin Barry. 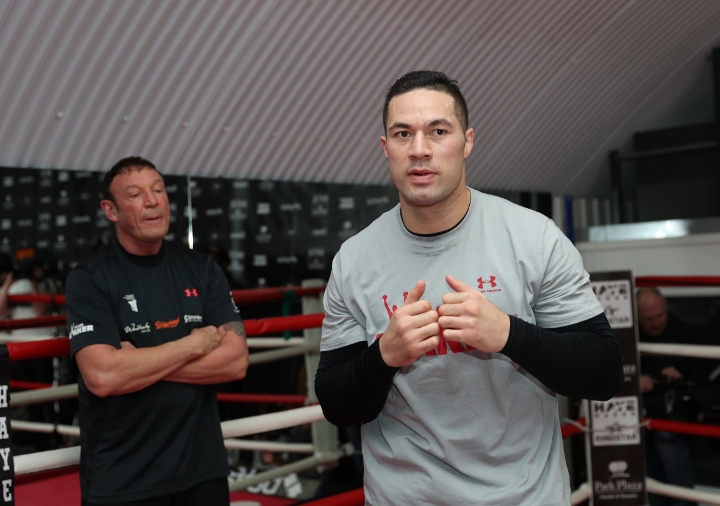 Besides Molina, Parker is also getting in rounds with Malik Scott.

Molina also has experience with facing Joshua - and was stopped by the current unified champ in three rounds in December 2016 - and he was also stopped by WBC champion Deontay Wilder in nine rounds in 2015.

"There's a couple of things which happened that I would like to see improved on. For this Dillian Whyte fight, obviously he's got a very aggressive come-forward style. He likes to engage.

"It's very important for us that Joe fights a certain way in this fight and we'll be looking to employ our game-plan that we've put in place and keep perfecting it and getting better with it every time in sparring."

According to Parker, Molina is replicating Whyte's style during their sparring sessions.

After several sparring sessions, Molina was very impressed with the physical abilities of Parker.

"Very strong, he's got a granite chin and moves very well," said Molina. "He's got very, very unique attributes for a heavyweight and he moves well.

"I'm glad to be here and help him out in any way I can. I see him right smack in the mix. He's very unique his style and very hard to duplicate the style that he brings. I wish him the best."

I want to see a war - because who doesn't enjoy watching two heavies throw down on each other? But.. I don't think Whyte has the stamina to go with Parker, and I do think Parker's chin is going to…

I see war in this bout

I cant split these two

Whyte will certainly test Parkers chin with those swinging punches. I feel Parker can win if he decides to fight smart.