Jose Zepeda vs. Eleazar Valenzuela Ends in a No-Contest

In a fight in which world ranked Jose "Chon" Zepeda was dominating Eleazar "Tronco" Valenzuela, the fight ended in a no-contest due to an accidental clash of heads in the third round, which led to Valenzuela suffering a serious cut. The ring doctor decided that he could not continue in the contest - which was stopped.

The fight was the headliner at the Gymnasium of the Sports Workers Syndicate Metro in Mexico City, in a Zanfer promotion.

Looking for the knockout from the first round, Zepeda (30-2-0, 25 KO's) connected with power shots from two hands on Valenzuela (19-13-4, 15 KOs), who fell to the canvas, and then got to his feet to receive two-handed punishment from the former world title challenger as soon as the round finished. 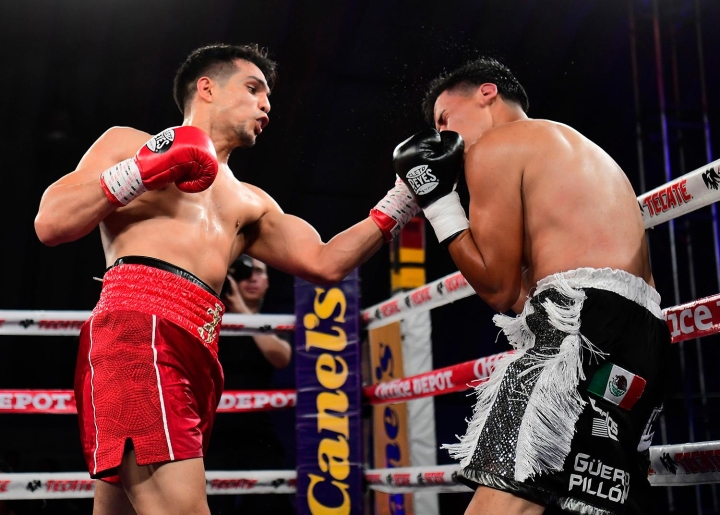 Zepeda, who looked very solid without the slightest contemplation, continued his punishment in the second round with strong connects on Valenzuela.

In the third, both fighters clashed heads and Valenzuela took the worst of it, with a severe cut.

"I'm very sorry that things happened, I went out to knock him out from the first round, I connected on him several times and I felt like it was a matter of time to finish him. He's brave and enduring, but in boxing these accidents occur, we'll continue and I'm I'm sure I'll go for a world title again," Zepeda said.

Ortiz dominated Martinez from start to finish, who was never able to decipher the style and experience of the champion.

With this victory Ortiz extends her streak to 19 consecutive wins since 2012.

In an authentic war, Joel ¨Trino¨ Cordoba showed picked up a technical knockout win over former world champion Juan ¨Churritos¨ Hernandez (36-4, 26 KOs), who did not go out to fight in the sixth round.

But the five rounds of the fight was electrifying where both warriors visited the canvas.