Jose Ramirez, the pride of California’s Central Valley, is ready for his world championship homecoming.

Ramirez, from Avenal, Calif., will make the first defense of his World Boxing Council (WBC) super lightweight title against former amateur standout and longtime contender Danny O’Connor on Saturday, July 7 at the Save Mart Center. Ramirez vs. O’Connor will be televised live on ESPN and ESPN Deportes beginning at 10:30 p.m. ET.

Undercard bouts, including appearances by top Central Valley prospects Bryan Lua and Isidro Ochoa, will stream on ESPN+ starting at 7:30 p.m. ET.  Also appearing on ESPN+ in a six-round special attraction will be blue-chip prospect Gabe Flores Jr. of Stockton, Calif., who signed with Top Rank as a 16-year-old in November 2016, becoming the youngest fighter ever signed by the promotional company. This will be the first professional fight for Flores (7-0, 5 KOs) in California, who is also scheduled to fight on the Terence Crawford vs. Jeff Horn undercard June 9 in Las Vegas. 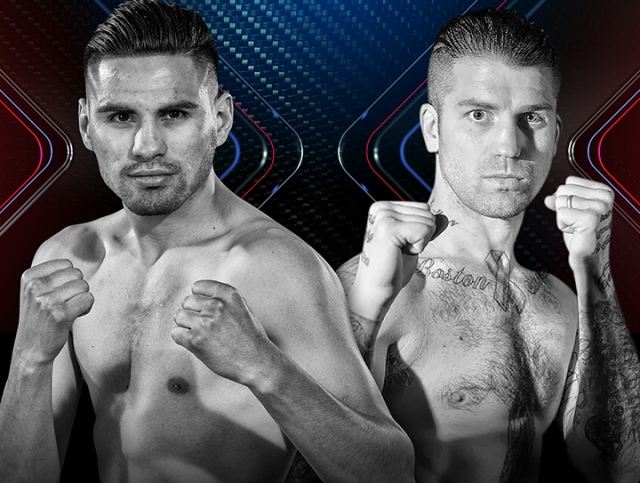 Promoted by Top Rank, in association with Star Boxing and Murphys Boxing, tickets to this world championship event, priced at $150 (floor), 90, $60, $35, $20, and $10, plus applicable fees, are ON SALE NOW and can be purchased online at ticketmaster.com, charge by phone at 800-745-3000, or at the Save Mart Center box office. For more information and box office hours, visit www.savemartcenter.com.

As a bonus, fans who purchase tickets to Ramirez-O’Connor will also receive a free voucher to attend the May 26 card at the Save Mart Center, a world championship doubleheader featuring 115-pound world champions Jerwin Ancajas and Kal Yafai in separate bouts.

“Jose Ramirez is one of the brightest lights in the sport of boxing,” said Bob Arum, founder and CEO of Top Rank. “He’s an incredible competitor and a great advocate for social causes like immigration rights.”

"It has been my dream to become a world champion. It's now my duty to defend this belt at home for my city, fans and everything I fight for,” Ramirez said. “I'm blessed to have this opportunity. I dedicate this fight to the immigrants that contribute to and make our society a better place. I'm pro-immigrant and proud."

“I have been waiting for this opportunity since the day I put my first pair of gloves on. I embrace the chance to do battle with a great warrior such as Jose Ramirez,” O’Connor said. “I believe we have a legitimate shot at winning the world title and fulfilling my lifelong dream. We are prepared to bring it to Fresno on July 7!”

"This is the largest and most historic televised sporting event in Central Valley history, as our hometown hero defends his WBC world title as the main event on ESPN,” said Rick Mirigian, Ramirez’s manager. “Hollywood couldn’t script this any better.”

Ramirez (22-0, 16 KOs), beloved in the Central Valley for his commitment to immigrant causes and water rights for area farmers, won the vacant WBC super lightweight title on March 17 in New York City with a hard-fought unanimous decision over Amir Imam. He earned the title shot with a stunning second-round knockout over the previously undefeated Mike Reed on Nov. 11, 2017 in front of 13,838 fans at the Save Mart Center, which broke the venue’s previous record for a boxing match. When Ramirez fought Issouf Kinda at the Save Mart Center on Dec. 2, 2016, 13,700 fans turned out for the event dubbed “Fight For Water 6.” A 2012 U.S. Olympian, Ramirez turned pro later that year and soon became one of North America’s top ticket-sellers. On Oct. 25, 2014, Ramirez knocked out David Rodela in 50 seconds to win the vacant NABF super lightweight title in front of 10,000 fans at the Selland Arena in Fresno.

O’Connor (30-3, 11 KOs), from Framingham, Mass., is getting his first crack at a world title after nearly a decade as a professional. A slick southpaw, O’Connor had an illustrious amateur career, winning four New England Golden Gloves titles, a 2008 national Golden Gloves title at 141 pounds, and earning an alternate berth on the 2008 U.S. Olympic team. O’Connor won the first 14 bouts of his professional career before dropping a unanimous decision to Gabriel Bracero on April 8, 2011 in Laredo, Texas. He won nine in a row before a highly controversial split decision loss to former world champion Vivian Harris in 2013. Following a shocking, one-punch knockout loss to Bracero in their 2015 rematch, O’Connor has won four consecutive fights. In his last bout, on a special St. Patrick’s Day card in Boston, O’Connor rebounded from seventh-round knockdown to win a unanimous decision over Steve Claggett and retain the WBC International Silver super lightweight belt.

[QUOTE=OctoberRed;18777299]Yes, Top Rank making the best fights on ESPN![/QUOTE] i really hope you are being sarcastic! :D [QUOTE=BigZ44;18777303]Commence ass whooping. O'Connor took one of the heaviest KO's I've ever seen, about 40 seconds into the fight against feather fisted Gabe…

[QUOTE=Eff Pandas;18777356]Eat a dick Arum. This looks awful for Ramirez as he's being walked like a toddler by his daddy while avoiding the real fight.[/QUOTE] This is JCCJR all over again. They have no clue what they're doing. I hated…

There really should be rules inplace against making fights this shameful. Conner is the same dude who got ko'd by a weak puncher in branco on pbc! Yet he is the first defense of world champs title. That's ok I…