There was mutual respect rather than trash talk for the official weigh-in for Jose Ramirez's WBC super lightweight title defense against Antonio Orozco, Friday at the Save Mart Center (ESPN, 10 p.m. ET/7 p.m. PST) in Fresno, Calif. (photos By Mikey Williams).

More than 14,000 fans are expected to watch Ramirez, from nearby Avenal, defend his world title for the first time against the unbeaten Orozco. 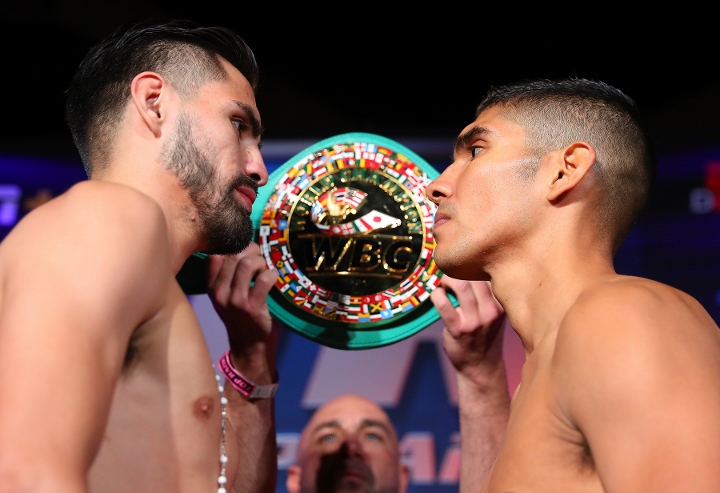 Herring, who served two tours of duty in Iraq, received the Battles Won Award at the final press conference. The award, presented by Maj. Ted Driscoll, was given to Herring for his courage, commitment, and excellence on the battlefield and in the boxing ring.

Orozco get knockdown in round 8

easy fight for Ramirez up 6-0

Fight of the year right now at least!!