Ramirez and Postol both made weight for their 12-round, 140-pound title fight, which will headline a six-bout card ESPN+ will stream from MGM Grand Conference Center in Las Vegas. Ramirez stepped on the Nevada State Athletic Commission’s scale at 139.8 pounds, slightly heavier than Postol, who officially weighed 139.7 pounds.

If both boxers pass COVID-19 tests administered after the weigh-in, Ramirez, 28, and Postol, 36, will fight for Ramirez’s WBC super lightweight title and his WBO junior welterweight crown. 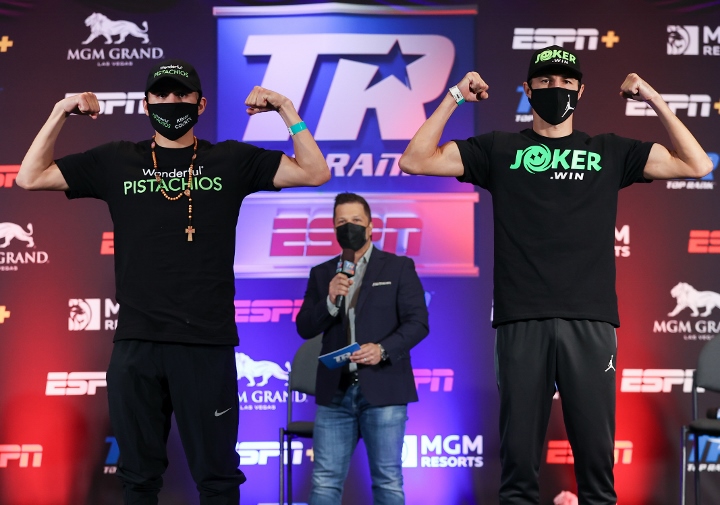 The COVID-19 pandemic has caused two postponements of the Ramirez-Postol fight.

The official weights for the five fights on the Ramirez-Postol undercard are listed below. The show will start on ESPN+ at 7:30 p.m. ET/4:30 p.m. PT.