The United States Olympian has been groomed as a pro by Roach, at the Wild Card Boxing Club in Hollywood, California.

But when Ramirez (22-0, 16 KOs) makes the first defense of his title on July 7th at the Save Mart Center in Fresno - he will now be under the guidance of new trainer Robert Garcia. 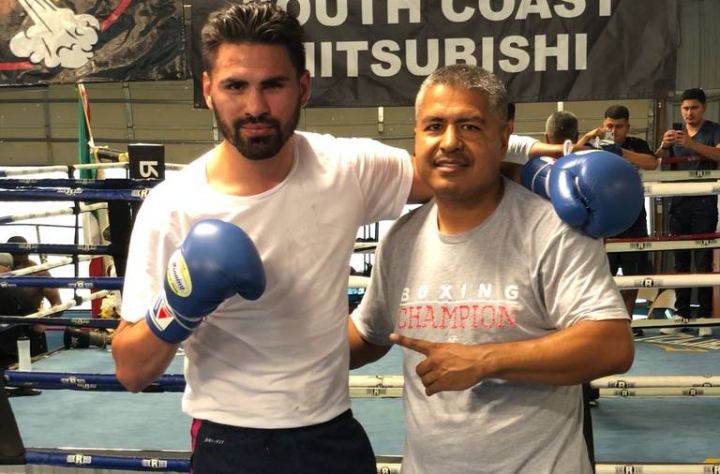 Ramirez has trained with Roach for three and a half years, and their last fight together was back on March 17th at Madison Square Garden in New York City - when the boxer captured his world title with a decision win over Amir Imam.

But he felt a change was needed and brought Garcia on board.

"From the amateurs to the pros, Jose is still evolving as he did at each stage of his career. It's important as his needs change and grow that the pieces are in place to facilitate and meet them. We were blessed and fortunate to have the time we did with Freddie and Marvin. They will forever be a part of who Jose is and who he continues to become," Mirigian said.

Now with Ramirez under Garcia's charge, it would certainly rule out the possibility of a future fight between the Ramirez and Mikey Garcia - who is Robert's younger brother. Mikey's last two fights took place at 140, including a contest where he captured the IBF world title. Mikey has since moved back to 135, where he holds the WBC title, but he may return to 140 in the future.

[QUOTE=Jimmy gold;18763278]Why hasn’t the Alabama fraud sign the contract yet ? Is it cause wilder is a paper champion ? Yes definitely yes[/QUOTE] Ummmm...i think your lost haha

[QUOTE=Jimmy gold;18763278]Why hasn’t the Alabama fraud sign the contract yet ? Is it cause wilder is a paper champion ? Yes definitely yes[/QUOTE] This thread is about Jose Ramirez.

[QUOTE=1hourRun;18762470]This really sucks, Mickey-Mouse is safe now.[/QUOTE] Why hasn’t the Alabama fraud sign the contract yet ? Is it cause wilder is a paper champion ? Yes definitely yes

Freddie is awesome but I feel like publicly he's not quite what he was , it's a horrible disease and anyone can see he's not quite as sharp as he was a few years ago with Manny and I would…