Former two division world champion Jose "Sniper" Pedraza has put himself on the road to a new world title shot after his recent win in Las Vegas.

Pedraza, who defeated Mikkel LesPierre by a comfortable unanimous decision earlier this month, is looking to inch his way to a third divisional title.

Pedraza has been world champion at super featherweight and lightweight. 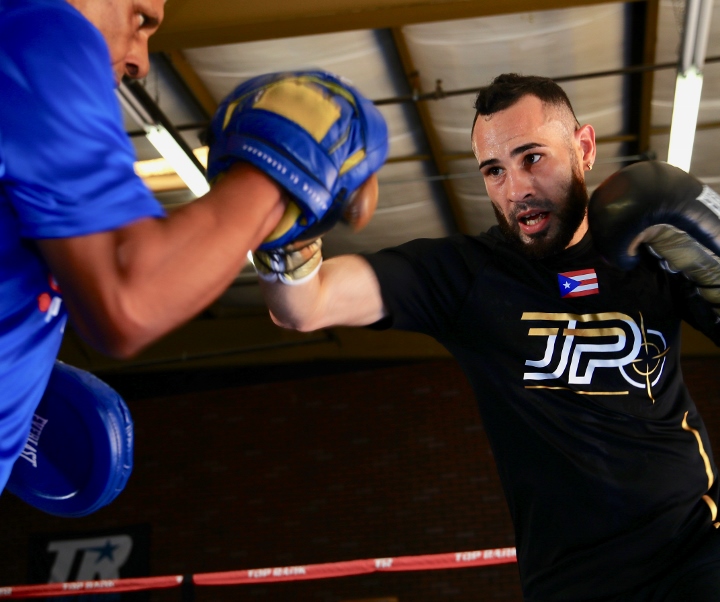 But the future plans of the boxer from Cidreño will now focus on staging a fight that will serve as another building block before going after a world title fight at junior welterweight.

Pedraza does not want to make the mistake of rushing too fast to a title opportunity.

"I want to wait a little longer [before going for a world title fight]," said Pedraza said to Jorge Ayala.

"I want to adapt more. I am more adapted to the weight, but I would like to adapt to the division. I want to have strength without losing speed or agility. I would like the next fight to be closer to 140 pounds."

The fight with LesPierre took place at a catch-weight of 144-pounds.

Pedraza, who scored two knockdowns in the bout, says the fight was not easy.

"I can't say it was a comfortable fight. He made me do a lot of work. I was not overlooking him at any time. I did not belittle him because he was a live opponent. He was elusive, but he ran into the 'Sniper' who was accurate. We take advantage of those moments," mentioned Pedraza, who would like to be back in the floor in a few months.

"Maybe we could be back in two or three months. I came out of this fight well. I did not take unnecessary punches nor was I hurt beyond anything out of the ordinary."

Patience is a virtue. Some of these younger guys should learn about that.