Jose Pedraza (25-1) has a big unification fight coming up.

Pedraza is a big 40-1 underdog but he is very confident of pulling off the upset. 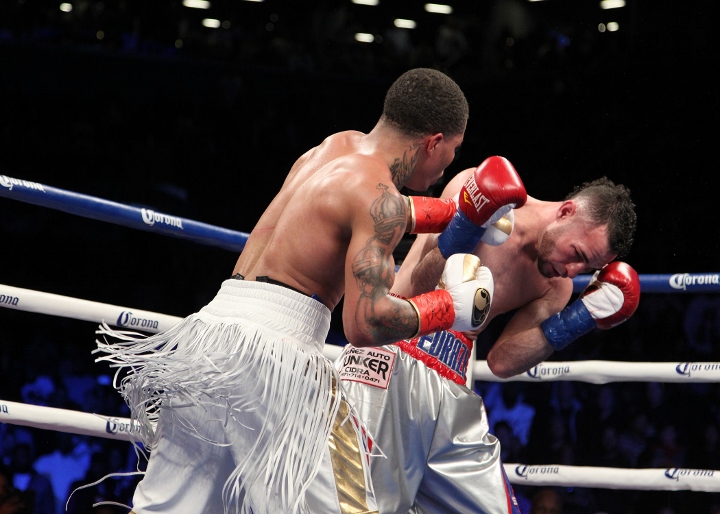 BoxingScene.com caught up with the Puerto Rican at his Las Vegas training camp and he said that becoming a unified champion has always been part of his goal as a professional.

"It is what I am dreaming of. I wanted to be a champion and a unified champion. I am now a two-division champion and I wasn't able to unify at 130 but I can do it now at 135 and I am still young enough to do it at 140 too," said Pedraza.

The 29-year-old previously held the IBF super featherweight title and lost it to Gervonta "Tank" Davis in January, 2017.  Pedraza was stopped in 7 rounds.

That is the only defeat of his career and he is very interested in getting a chance to avenge his loss.  He had been out of the ring 9 months prior to the loss to Davis and said there were a lot of extenuating factors that contributed to losing that fight.

Next up for Davis though is a fight against former three-division champion Abner Mares in February.

"I would love a rematch against Davis. I always said that is a fight that I shouldn't have lost for many reasons.  I think that Davis should beat Mares in my opinion. Obviously in boxing anything can happen and you never know for sure but from what I have seen Davis should win," Pedraza told BoxingScene.com.

[QUOTE=GlassJoey;19334698]People are still creaming their pants over Tyson Fury’s weight loss but I think Tank might have needed to lose a similar percentage of his own weight to get ready for his next fight.[/QUOTE] I doubt anyone creamed their pants.

Got to beat Loma..

As for the topic, beat Loma first, then Davis would come happily to you and take your belts again!

Yep, he did take a lot of damage in the Davis fight, but Pedraza is still serviceable. Let's see what Loma does. I like to see them stand toe to toe and fire away. That's Pedraza's only chance. Not sold…

People are still creaming their pants over Tyson Fury’s weight loss but I think Tank might have needed to lose a similar percentage of his own weight to get ready for his next fight.