On Sunday an article ran on BoxingScene.com in which Ricky Marquez, the manager and trainer of unbeaten lightweight Felix Verdejo (22-0) and lightweight contender Jose Felix Jr. (33-1-1) traded words over a potential fight between the Puerto Rican and Mexican.

There have been reports that Felix Jr. turned down the opportunity to face Verdejo in his most recent fight that took place on June 11th but the Sinaloa native insists that offer was made under false pretenses.

"They had offered me a certain amount of money but once it looked like a bad fight for Verdejo (after his February and April lackluster performances) they cut the offer back to one-third of what it was," Felix Jr. revealed about the fight that ultimately went to his countryman Juan Jose Martinez who was stopped in 5 rounds in a good bounce back performance by Verdejo. 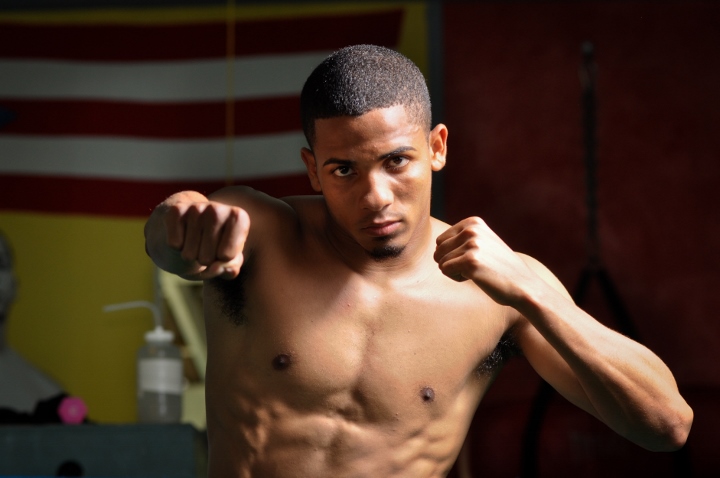 "They just wanted me to turn down the small amount of money so that they could say they made an offer they knew we couldn't accept."

The 24-year-old Felix Jr. said that he is still very interested in the fight and hopes that Verdejo accepts his challenge. While Verdejo has a lot of hype behind him, Felix Jr. believes the 2012 Puerto Rican Olympian hasn't done anything as a professional to merit the attention he has received.

[QUOTE=Money Uno;16800631]Verdejo still has baby nuts and will avoid fighting jose for a unkown .[/QUOTE] [img]http://img.photobucket.com/albums/v492/Tubar/CHONCHON.jpg[/img]

If this fight ever happens Felix is gonna make Verdejo pay for those words his trainer/manager said...I can tell that trainer is small-time...talking all that **** knowing that Bob Arum runs the show...people here in PR know Verdejo is weak...I'd…

If i were a pro boxer and a guy who i know i would kill on the ring throws me a low cash offer i would take it just to **** him up.

I'd like to see this fight. Time to step up in class Verdejo!

Verdejo has looked ordinary every time i see him. Can't wait to see him get exposed.