Venezuela's former three division world champion Jorge Linares (44-4, 22 KOs), 33 years old, is now in Japan and trains in the Teiken Boxing Gym in Tokyo to prepare for his next fight.

Linares was last in action back in January at the Madison Square Garden Theater in New York City, where he was knocked out at 2:48 seconds of the first round by Pablo Cesar Cano - in a battle for the International junior welterweight crown of the  World Boxing Council (WBC).

As reported a few days ago, British newspaper London Evening Standard revealed that Linares will headline a card being put together by Eddue Hearn on September 7 at SSE Hydro in the city of Glasgow, Scotland. 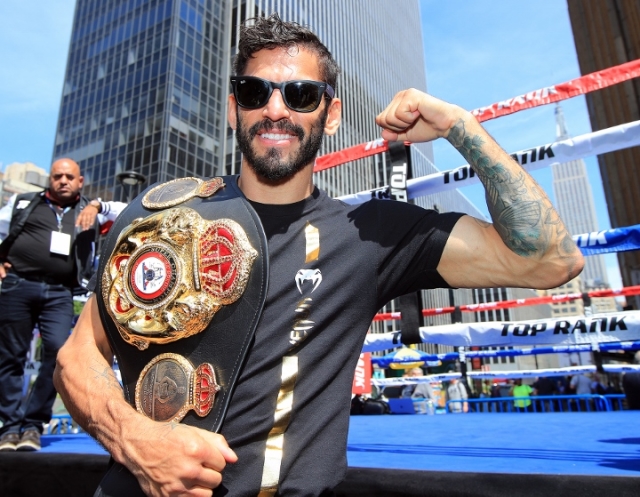 On that card, Linares would collide with fellow former three division champion Ricky Burns (43-7-1, 16 KOs) in a WBA elimination bout at 135-pounds. The WBA's super champion at the weight is Vasiliy Lomachenko and the regular title is vacant.

To date, Linares has four wins without defeat against United Kingdom fighters.

Linares' fight UK bout took place in London in 2015 when he won by TKO in the tenth round over Kevin Mitchel in his first defense of the WBC lightweight world title.

After his success over the Londoner Kevin Mitchel, Linares held two fights in a row in England, precisely in the city of Manchester, with local favorite Anthony Crolla, in September of 2016 and in March of 2017. Linares was victorious by points in both bouts.

In September 2017 at The Forum in Los Angeles - Linares faced Englishman Luke Campbell, and won a twelve round decision to retain the WBA lightweight world title.

In May of 2018 in Madison Square Garden, Linares lost his title when he was stopped in the tenth round by Lomachenko. Until the ninth round, the fight was evenly fought and the three judges had it scored a majority draw with cards of 86-84, 85-85, 84-86.

the rickster is shot and is getting stopped. Linares has made millions off beating overmatched brits :lol1:

Burns is a tough guy with a decent engine, but I can't see him beating Linares. It will play out very similar to the 2 Linares-Crolla fights.

45-5 27 KOs.Tighten up whoever writes under "Boxing Clever". Linares, regardless of his chin, should still have the skills & speed to get Burns out of the way & get back in the LW convo. If Burns beats him then…