It's been a positive period for Irish star Jono Carroll - and he's determined to continue his momentum in style when he takes on Maxi Hughes next month.

World title challenger Carroll (18-1-1, 4 KOs) takes on Hughes (20-5-2, 4 KOs) in the main event of #MTKFightNight at the LS-Live in Wakefield on August 11, live in the US on ESPN+ in association with Top Rank and worldwide on IFL TV. 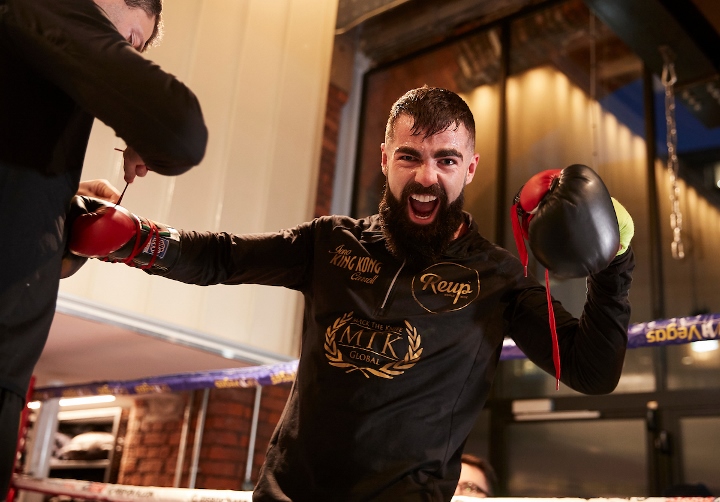 Carroll's last outing saw him earn a fantastic stoppage win over Scott Quigg during a one-sided battle in March, and the man known as 'King Kong' is ready to pick up right where he left off.

Carroll said: "I'm over the moon. It's topping the bill again, so this is what dreams are made of and why I started boxing in the first place. The fact that it's an MTK Global show makes it even better, so I'm looking forward to putting on another classic performance.

"The Quigg fight went exactly how me and my trainer planned it. It was an easy night's work and easier than expected. We put so much hard work and graft in the gym, and we were well prepared.

"It's Maxi Hughes next, but I haven't watched him fight really. I've seen two minutes of him and that's it. I don't like studying fighters or watching them too much.

"You can watch and think do this and do that, but it doesn't matter. I just let my trainer do the investigating, then he gives me the game plan and I'll do what he tells me. It means I don't get mentally exhausted thinking about what punches I need to throw.

"I've had some quality time at home with the family over the last three months, so it's been fantastic. I've still always been training in the garden at home, but it allowed me to take the break I truly needed. Now I'm excited to be back."

This guy is the UK version of a combination of B.Cobb and R. Garcia. He also has managed to make some money at a time when talent was not the the front driver. First from an overflow of cash at…