Anthony Mundine's boxing career has hit the end of the road, after the former WBA super middleweight champion lost in a shocker to John Wayne Parr in Brisbane.

Mundine was knocked down in the fourth round of the middleweight contest but survived a standing eight count before being docked a point in the eighth for hitting Parr in the back of the head. 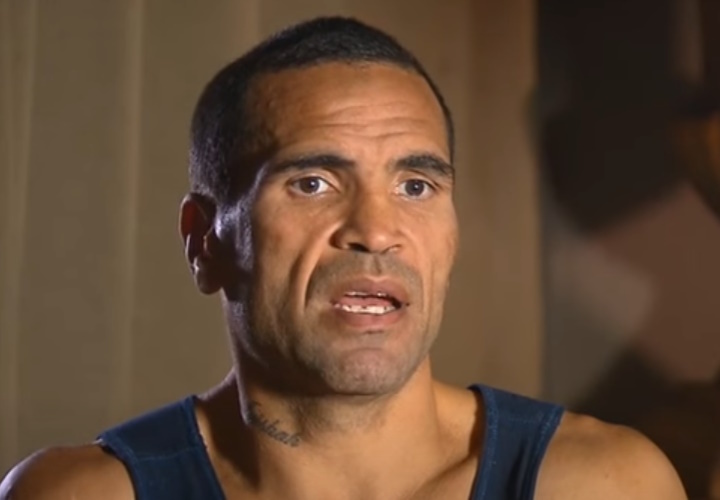 Although he edged the final round, two of the judges gave the decision to Parr whose last fight was against Sakio Bika in 2003.

The defeat takes Mundine's record to 48-10 and at 44 years of age, with four of those losses coming in his last five fights.

Mundine's last fight took place exactly a year ago, and he was knocked out in one round by Jeff Horn.

He retired in the aftermath of that contest, but then later announced that he was going to continue fighting.

The former NRL star will be under pressure to walk away from a sport that saw him first enter the ring 19 years ago following a successful rugby league career.

The pair faced off in a memorable event at the Sydney Football Stadium in front of 37,000 fans in what is regarded as the biggest fight on Australian soil.

Should have retired a long time ago.

[QUOTE=richardt;20221855]Actually, every time Mundine gets beat, it is a joyous experience for the comments Mundine made about 9/11. Hopefully I get to see him knocked out in leg quivering fashion. That would be something to celebrate.[/QUOTE] Best not to take…

Despite being a polarising and divisive figure in Australian sport, in his campaign to bring the U.S boxing culture and style of trash talking to a resistant public, attempting to emulate his idol, Muhammad Ali, Mundine did manage to revive…

[QUOTE=Richard G;20221447]A sad ending for Mundine who had heaps of natural talent but no direction, let's hope that he does hang up the gloves this time for his own sake. It was an awful fight showcasing two fighters who should…

[QUOTE=JLC;20221417]He looked very bad in his interviews leading up to this fight. It’s long past time to hang them up. I was never a big fan of the guy, but I looked up some of his old interviews from years…