It was a feeling that Joet Gonzalez would never again like to experience, but also not one which will consume his career.

Of course, it doesn’t help that his next fight immediately that of his lone career conqueror.

Gonzalez heads into his currently scheduled March 19 showdown versus Chris Avalos with a clear mind, returning to the ring less than five months after suffering the first loss of his career. The 26-year old Los Angeles native was dominated in a lopsided 12-round defeat to Shakur Stevenson in their vacant title fight last October. Newark’s Stevenson (13-0, 7KOs) defends that very belt this weekend, as he faces Miguel Marriaga in an ESPN-televised main event live from Madison Square Garden’s Hulu Theater in New York City (Saturday, ESPN, 10:30pm ET).

“It doesn’t affect me at all,” Gonzalez (23-1, 14KOs) told BoxingScene.com of the way it mapped out on the boxing schedule. “I don’t focus on any fighter but myself. 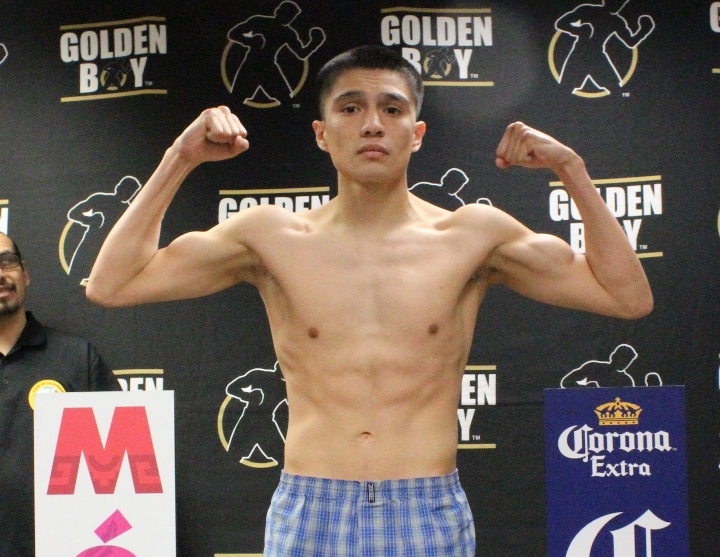 “This is my first fight back and I’m ready to get right back in the (title) mix.”

Stevenson’s first title defense will take place in front of an empty arena, with the command decision made to not allow fans to attend the event as a safety precaution for the ongoing coronavirus pandemic. For now, the show will also go on planned for Gonzalez, who faces Avalos (27-7, 20KOs) in the headliner of a Golden Boy Fight Night on DAZN live from The Avalon in Hollywood, California.

The decision to square off with San Diego’s Avalos was calculated, as Gonzalez refused to go all the way back to the days of facing confidence building opposition on the way up the ranks. Fittingly, his redemption tour takes place on a show where two more boxers—Lamont Roach and 2012 Olympic Bronze medalist Marlen Esparza—also hope to rebound following their first career loss, all coming in separate title fights.

“I didn’t want to take a big step back,” insists Gonzalez. “I was getting names that nobody knew and some guys I knew I would stop in no more than four or five rounds and not get tested at all. I had to talk to my manager (Frank Espinoza), who explained it was a normal process, when a fighter comes off a loss it’s the norm to get these fights to get their rhythm back.

“When Chris’ name came up, I told my team that’s the fight I wanted. He’s a more known name and he’s going to bring it. He’s a tough guy, he comes to fight and he’s not here to roll over.”

The message that Gonzalez plans to send is that he’s also here to stay, not at all fixated on what Stevenson does on Saturday night or even what he did last October.

“It’s over, it happened,” Gonzalez says of his lone career setback. “At the time, it was devastating, to train the way I did and then to perform like that. It just wasn’t my (night). So I’m taking that motivation and hard work into this fight, focused on doing me and beating Chris Avalos, then position myself for another title fight hopefully later this year.

“As for Stevenson and his fight this weekend, I really don’t care. He’s going to beat [Marriaga]. Shakur is doing him and I’m doing me. He’s got his lane, I got mine and I’m going to forward in my lane.”