Joel Diaz: Tim Bradley Was Never The Same After Provodnikov

For the majority of his career, Bradley was trained by veteran coach Joel Diaz. Their partnership came to a very heated and unexpected ending in 2015, after an internal dispute saw Bradley part ways with Diaz and hire Teddy Atlas.

Atlas trained Bradley for the two remaining bouts of his career. 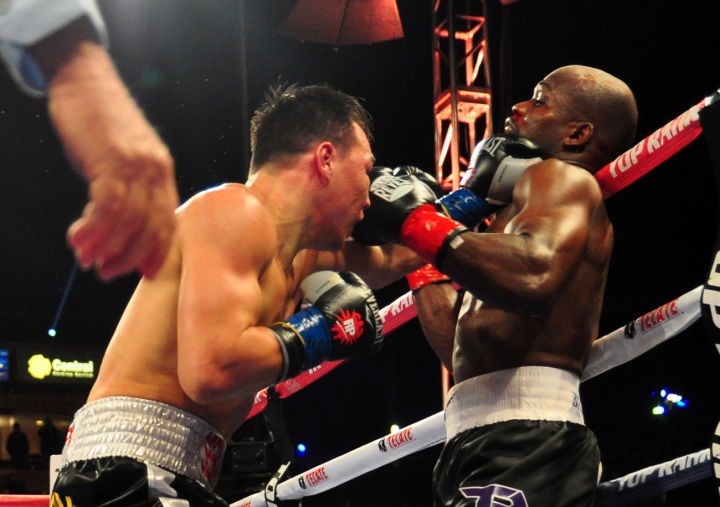 At the time of his retirement, Bradley had been inactive since April of 2016 - when he lost a twelve round unanimous decision to Manny Pacquiao in their trilogy fight. Bradley had gone down twice in the contest and the third fight was viewed by many as the most one-sided of the three bout series.

Diaz was not surprised by Bradley's decision to retire. He believes Bradley was never the same since winning a twelve round unanimous decision in a very close fight with Ruslan Provodnikov in March of 2013.

In that bout, Bradley took a mountain of punishment and he was nearly stopped in more than one round of the fight. The match was a runaway for the 2013 'Fight of The Year' and the signature bout for both fighters. While there was a high demand for a rematch, Bradley made it clear that he would never step in the ring with Provodnikov for a second time.

During the post-fight, Bradley admitted that he was so badly hurt that he couldn't remember the majority of the action that transpired in the ring.

"Even in training, we had little guys - 130-pounders, 126-pounders, who were really putting hands on Bradley. That fight did some real damage to Bradley to the point where he was no longer the Bradley that walked into the ring for that Provodnikov fight that night."

Diaz believes Bradley retired at the perfect moment, before he allowed himself to suffer any further damage.

"I don't say that he should have retired earlier, I just think he did the right thing. There are fighters who don't know their limits. And I respect Bradley for knowing his limits. He don't need to fight anymore. He made good money. A lot of fighters don't know when to let go, until they do some real damage to themselves. He retired at the right time," Diaz said.

He wasn´t that good. The Marquez fight was a draw, Provo should have won, and the first Pac fight was a gift decision. He is not HOF material.

Desert Storm is a future Hall of Famer and one of the best 140 fighters in history and has a solid resume! That fight with Provo showed his chin, heart, determination and will! It was an all time classic and…

[QUOTE=mathed;18028882]It's OK Diaz, if you need a loan, I'm sure Timmeh would hook you up even after your disparaging comments about his family.[/QUOTE] Yep. Diaz just pizzed he wasn't there for Bradleys last few fights and the big paydays involved.…

how is he brain damaged? because he forgets hes in australia and thinks its argentina? floyd doesnt even know where those places are.