The 26-year-old Welshman has suffered a hand injury and isn't expected to return before the end of the year. Cordina's manager, Ian Bird, told Boxing Scene that Matchroom will "reschedule that fight", with a date in early 2019 hopeful. It is unclear whether or not Cardle, the former British lightweight champion, will still feature on next month's show.

The bout was due to take place on the undercard of Oleksandr Usyk against Tony Bellew at Manchester Arena, which will be shown live on Sky Box Office in the UK.

With the bill being one fight light, promoters Matchroom Boxing have moved swiftly by bringing in British heayvweight prospect Dave Allen in at two weeks' notice to fill the void. No news yet as to who the (15-4-2) Yorkshireman will face but Matchroom are expected to name his foe shortly, at time of writing. 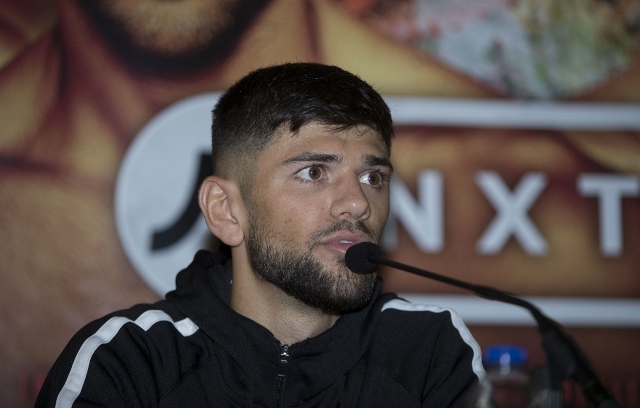 IN OTHER NEWS:  Anthony Yarde, Callum Johnson, and Joshua Buatsi may be flying high at light heavyweight, but Bob Ajisafe says he would jump at the chance of facing any of them.

Ajisafe – the former British and Commonwealth Light Heavyweight champion, as well as an IBO World Title challenger – returns to action on November 17 at Manchester’s Victoria Warehouse, and the 33-year-old has the young guns in his sights.

“I'd fight any of them, and I'm confident I could beat all of them,” said Ajisafe, 17-3 (7), who is returning to action after over a year’s hiatus.  “Buatsi is up and coming and looks a good prospect, and I'd love a fight with Callum Johnson.

“I've seen a few of Anthony Yarde's fights, but who has he really fought?  He hasn’t fought anyone in the top ten; he's got a good ranking with the WBO because his promoter has pushed him down that route, but who has he fought domestically?  He hasn’t even won a domestic title, apart from the Southern Area.  When is he actually going to fight someone credible?  Don’t get me wrong, I understand the process and they're building him up, but I'd happily take that fight.”