Gonzalez was coming off a fifth-round knockout victory over Venezuela’s Rafael Hernandez on May 18. Prior to the Hernandez fight, Gonzalez lost a close majority-decision to former junior bantamweight titleholder Tomas Rojas on Oct. 6, snapping a a streak of eight consecutive victories. 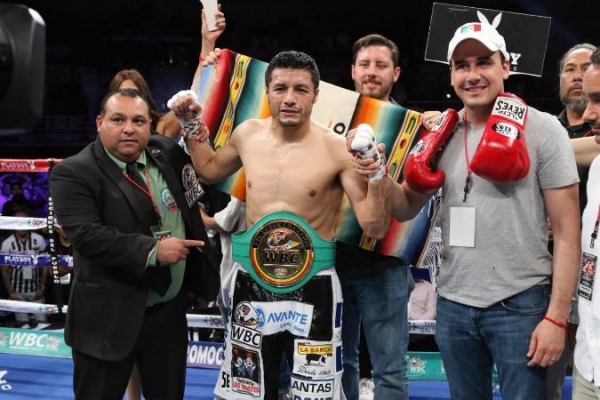 Undaunted, Blanco was game, but began to show signs of fatigue by the middle rounds. The 23-year-old Blanco closed the distance between the two, throwing wide punches in hoping to connect, but mostly landed on Gonzalez’s shoulders.

Blanco’s punch output dropped with each round, but was savvy enough to hold anytime Gonzalez mounted an offense. Gonzalez was content to outbox and outpoint Blanco, even though it looked like he could have stopped him had he increased his aggression and punch output.

Jhonny just won't quit, give him a rematch with Tommy Reds