Jessy Martinez Blasts Out Carlos Huerta in One Round

With the victory, Martinez improves to 14-0, 9 knockouts. 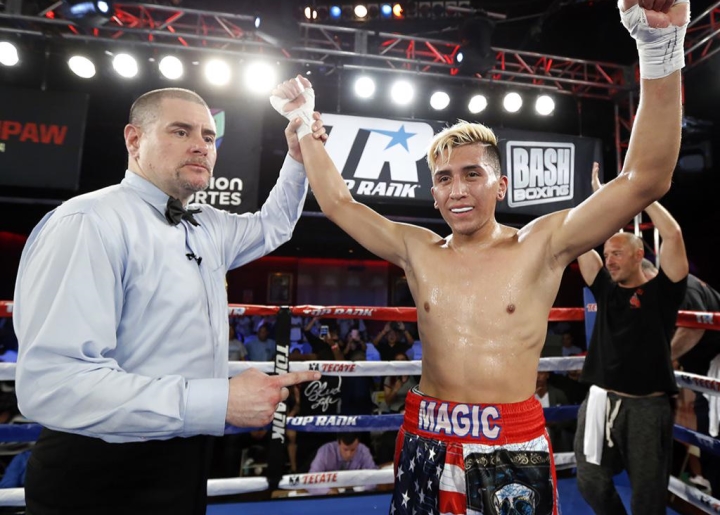 Martinez fought four times in 2019. He has fought all of his professional fights on club shows throughout the Los Angeles area, most of them on Bash Boxing/ PR Sports Promotions cards. His last nine bouts have been scheduled for six rounds.

Huerta, who resides in the boxing hotbed of Guadalajara, Mexico, drops to 6-5-2, 3 KOs. He is winless in his last four bouts.

During an exchange, Jimenez was cut over his eye from accidental head-butt. After consulting with the ringside physician, referee Sharon Sands stopped the fight as the cut was deemed too deep to allow the fight to continue. Time of the stoppage was 1:11.

All three judges scored the bout 40-36 in favor of Panin (7-0, 4 KOs), who is originally from Belarus and now resides in Los Angeles.

All three judges scored the bout 40-36 in favor of Gudino, who improves to 5-0, 3 KOs. Gudino resides in the Los Angeles suburb of West Covina.