Jessie Magdaleno (27-1) will look to win his third fight in a row on March 14th on the Shakur Stevenson-Miguel Marriaga undercard. The ESPN card when finalized will take place at the Hulu Theater at Madison Square in New York. His opponent has yet to be finalized.

The former WBO super bantamweight champion advised BoxingScene.com that the original plan was for him to return in his hometown of Las Vegas on the Deontay Wilder-Tyson Fury 2 undercard but those plans were changed and he will now be fighting in New York. 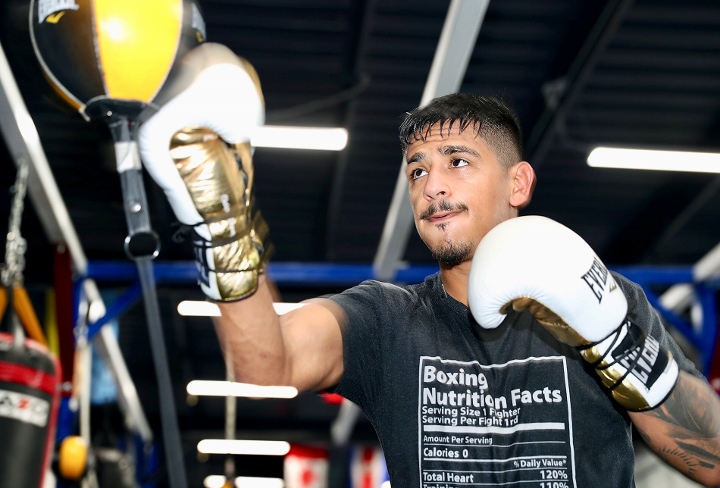 Magdaleno captured his world title in 2016 when he upset future Hall of Famer Nonito Donaire by unanimous decision.  He successfully defended his title once before losing it to Isaac Dogboe in a 2018 Fight of the Year contender.

After his first career defeat, Magdaleno moved up to featherweight and has 2 victories in his new weight class.

[QUOTE=lagako10;20324037]stevenson-marriaga? lol[/QUOTE] Marriaga is not a bad stay busy opponent. His only losses are Axe Man Walters, Oscar Valdez, and Lomachenko. An MSG fight with Warrington next. Good luck to Shakur!

Marriaga hits hard, but I doubt he'll be able to knock Stevenson out.