Jesse Hart and Joe Smith Jr. faced off two days before their highly anticipated 10-round light heavyweight showdown Saturday from Hard Rock Live at Etess Arena in Atlantic City (ESPN, 10 p.m. ET). Hart is attempting to gain a measure of revenge, as Smith knocked out his mentor and close friend Bernard Hopkins back in December 2016. (photos by Mikey Williams) 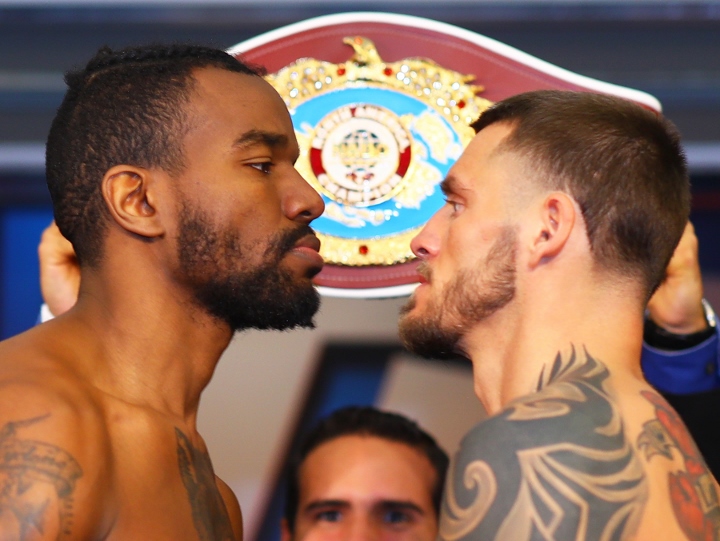 The ESPN co-feature, a 10-round battle of super middleweight unbeatens, will feature Terence Crawford stablemate Steven Nelson against Cem Kilic.

Kasseem Dean goe by Swizz Beatz, Belcalis Almanzar picked Cardi B. I hopefully Joe Smith is just a white guys attempt at a cool and not a given name by some unimaginative parent having children just to help on the…