That opportunity won't come next for the second-generation boxer but the one that will could very pull place him on that path.

BoxingScene.com has learned that talks are in place for Philadelphia's Hart (26-2, 21KOs) to be featured on a Jan. 11 card at the Hard Rock Hotel Hotel & Casino in Atlantic City. Tentative plans call for Hart to face Joe Smith Jr. (24-3, 20KOs) in a matchup of big punchers and former title challengers, to air on an ESPN platform. 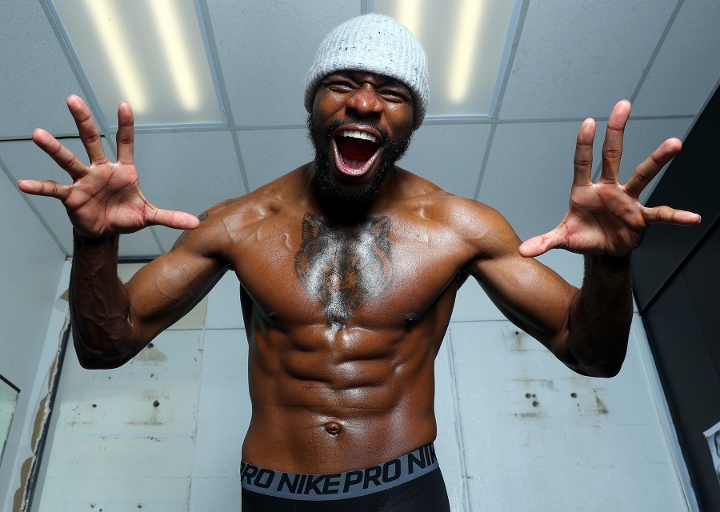 The planned event in Atlantic City will mark Hart's first fight back in the nearby gambling town since a 3rd round knockout of Mike Gavronski last August at Ocean Resort Casino. Hart—whose father Eugene 'Cyclone' Hart was an integral part of the middleweight and Philadelphia fight scene in the 1970s and one of the purest punchers in boxing history–has spent nearly half of his seven-plus year career in either Atlantic City or his home state of Pennsylvania.

Smith—who hails from the Mastic section of Long Island, New York—has not fought since a 12-round loss to unbeaten Dmitry Bivol (17-0, 11KOs) in a failed title bid this past March in upstate New York. The 30-year old working class hero remains best known for his pair of breakout wins in 2016, scoring a 1st round knockout of Andrzej Fonfara in a massive upset live on NBC in June 2016 and then sending future Hall of Fame legend Bernard Hopkins into retirement in a Dec. 2016 8th round stoppage. He's since lost two of his last three starts, fighting through a broken jaw for much of his 10-round loss to Barrera in July 2017 and then picking up a rust-shaking win before falling short versus Bivol.

The latest loss dropped Smith from contention amongst the major sanctioning bodies, whereas Hart is ranked in the Top 10 for the four major groups, including the two titles now in the possession of Beterbiev (15-0, 15KOs). The undefeated Chechen knockout artist—who relocated from Russia to Montreal, Canada in 2013 upon turing pro—unified two titles along with collecting the lineal championship following a 10th round knockout of Ukraine's Gvozdyk (17-1, 14KOs). The bout aired live on ESPN from the Liacouras Center on Temple University campus in Philadelphia, with locally based Hart seated at ringside.

Beterbiev and Hart are both promoted by Top Rank, with another win by the latter making it that much easier to push for a title fight later this year. Beterbiev is expected to next defend versus mandatory challenger Meng Fanlong.

Hart has only got a punchers chance if it goes distance Smith wins easy. TR does all they can making Hart a paper champ or in this case contender. Their beast has beaten Hart twice but TR has some hidden…

Good fight for both men and should be fan-friendly. Smith needs it more though as he seems to have dropped out of the rankings, while Hart is well into the top 15 of each sanctioning body so a bit of…

im a huge smith fan. was ln the 2nd tow when he wasted my then-favlrite LHW fonfara. good matchup.

Interesting matchup and I like it. I was surprised to see Hart dominate Barrera, not sure if Barrera's mileage caught up to him or Hart is stronger at 175 (or a combination of both). Barrera beat Smith but that's not…

Smith getting sent to the proverbial slaughterhouse