ATLANTIC CITY – Sonny Conto scored another quick knockout Saturday night before he heads to spar with Tyson Fury to help prepare Fury for his rematch with Deontay Wilder.

A left hook to the body by Conto sent Head to one knee 1:03 into the opening round. Head got up, but he fell to the canvas about 30 seconds later.

Frascioni ruled that trip to the canvas a slip. Conto hit him with another left to the body that made Head take another knee with 1:04 to go in the opening round.

In the bout before Conto won, Chris Thomas needed only 47 seconds to stop Samir dos Santos Barbosa in a light heavyweight fight scheduled for six rounds.

Thomas (14-1-1, 9 KOs), of Beachwood, New Jersey, unloaded a barrage of power punches on Barbosa almost as soon as their bout began. He backed Barbosa (37-17-3, 26 KOs) into a corner with a few of those shots, which prompted referee Sparkle Lee to step in to stop their scheduled six-rounder less than a minute into it.

Barbosa protested the stoppage because he didn’t think he was hurt.

Earlier Saturday night, Dennis Okoth was about 35 seconds away from finishing his fight against Shinard Bunch on his feet.

That’s when the Kenyan boxer turned his back on Bunch, rested his arms on the top rope and indicated that he felt dizzy. Referee David Frascioni had little choice but to stop the action at 2:40 of the sixth round.

The 26-year-old Okoth (4-3-1, 2 KOs) was given oxygen in his corner after the fight ended. He was removed from ringside as a precautionary measure.

Corey Champion came to fight in the opening bout Saturday night on the Hart-Smith undercard.

As tough as he was, Xander Zayas overpowered and out-classed him immediately in their four-round welterweight fight. Zayas, a 17-year-old high school senior, spent their entire fight blasting the game Champion with hard head and body shots.

Champion bled badly from his nose during the final three rounds. He absorbed an absolute beating in losing all four rounds to the tall, strong prospect, but he never went down.

Zayas, of Sunrise, Florida, improved to 3-0. He went the distance for the first time in three pro bouts.

“It was a great experience for me to get those four rounds in,” Zayas said. “I feel great overall. I wouldn’t say I was disappointed [to not get a knockout]. I know the guy was there to fight.” 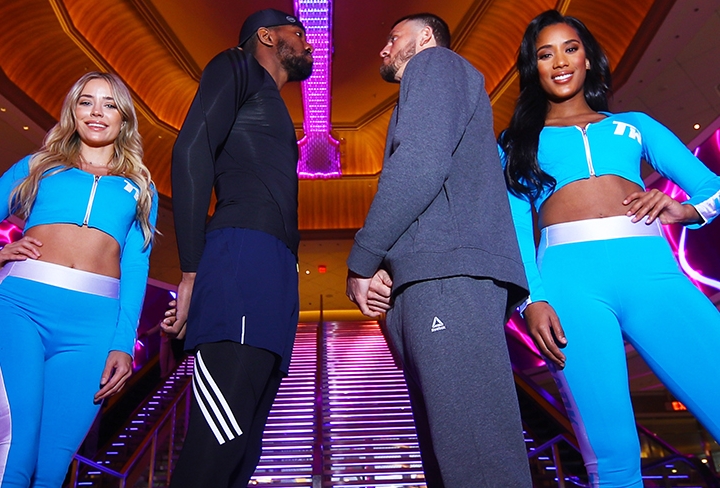