Houston-native Miguel Flores will return to the ring to fight in his hometown against Mexico's Luis May Saturday, June 29 in a 10-round super featherweight fight that highlights an action packed night of undercard attractions from NRG Arena in Houston. 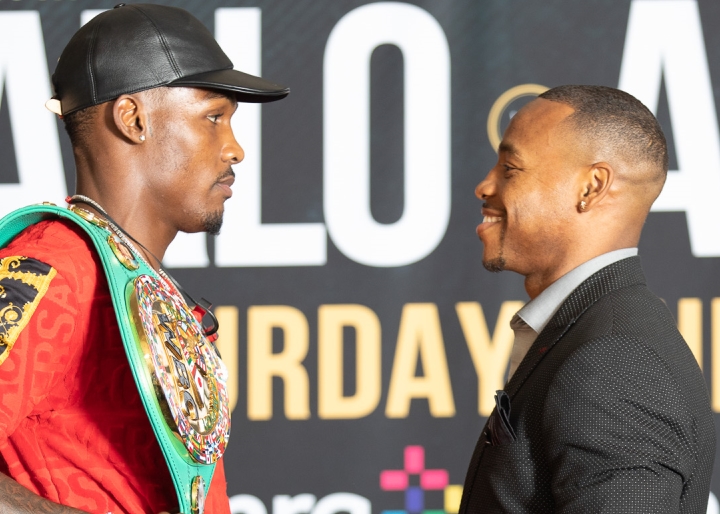 Born in Michoacan de Ocampo, Mexico and living in Houston, Flores (23-2, 11 KOs) will return to the ring for the first time since April 2018, when he stopped Raul Chirino in two rounds. The 26-year-old was scheduled to challenge Leo Santa Cruz for his featherweight world title in February before suffering an ankle injury in training. He looks to get one step closer to regaining a title opportunity when he faces the 35-year-old May (21-14-1, 8 KOs) from Yucatan, Mexico.

[QUOTE=Htown-Finest;19824347]We talking about the undercard.. BET Jermall spanks your favorite fighter though.[/QUOTE]Like he "spanked" old, slow light-punching late replacement Korobov in wat was supposed to be a "showcase" event for the sisters....Lol!! Pbc had to lower the bar for Charlo…

Me and a group of about 12 guys all got our tickets for this one last Saturday. Have a feeling the place will be packed

You had a lot to say about Rolls but Charlo vs a guy Willie Monroe slapped around is good enough to buy tickets. Seems a bit hypocritical. ...no? [QUOTE=Oldskoolg;19823537]Good to see PBC back here in Houston, we will be there…

[QUOTE=IRONCHINHAGLER;19824106]Wow...a whopping 6 posts on this!!! Lol...matches the Charlo Sisters fanbase!! Obviously nobody cares.[/QUOTE] We talking about the undercard.. BET Jermall spanks your favorite fighter though.

Wow...a whopping 6 posts on this!!! Lol...matches the Charlo Sisters fanbase!! Obviously nobody cares.