Jermall Charlo: Are Canelo, Golovkin Ready For Me? I'm Ready!

Jermall Charlo (26-0, 20 KOs) went above and beyond the call of duty when doing his homework on Jorge Sebastian Heiland ahead of their July 29 matchup in Brooklyn, New York.

Not only had he studied his opponent's style, he knew the various gyms Heiland sparred at in Buenos Aires and the exact altitude at which the Argentinean southpaw had trained in preparation for their fight.

But even before Charlo easily dominated and stopped Heiland in four rounds of their title eliminator on Showtime, he envisioned the possible scenarios that lay ahead in the aftermath. His victory over Heiland made him the mandatory challenger for one of the belts held by Gennady Golovkin, who takes on Saul "Canelo" Alvarez on Sept. 16 for three of the four major middleweight world titles. A lucrative showdown against either superstar looms in the near horizon for Charlo. 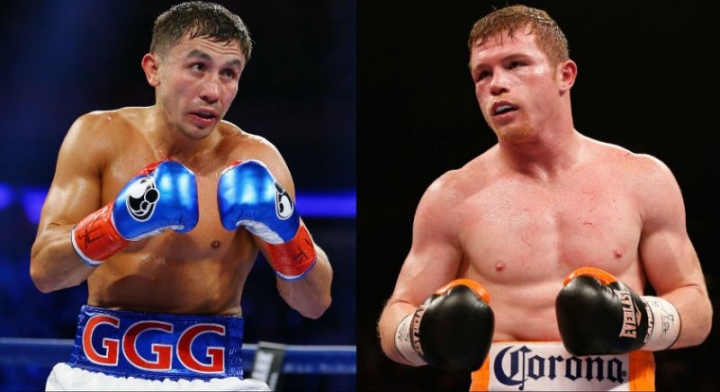 As to whom he would rather fight, Charlo has no preference.

“I hope both of them are going to throw their right hands and knock each other out at the same time,” Charlo said, half jokingly.

He has identified chinks in both men's armor that will be further exposed when they collide in Las Vegas next month.

“They both do things that benefit me so it’s my choice to exploit those things and that’s what I’m gonna look forward to,” Charlo said.

“I’m ready for whatever and whoever. They can do whatever they want to each other; it’s only going to benefit me.”

Despite Golovkin's and Alvarez's formidable reputations, Charlo intends to approach the fight with either fighter from the position of favorite rather than underdog, he said, given that he possesses a superior skill set than either of them.

“Both of them seem like they’re easy to hit,” Charlo said. “Canelo gets hit, GGG gets hit; I’ve seen both of them get hit and take punches. But can they take a punch from Jermall Charlo? I’m not necessarily worried about what they do or what their strengths are because I’m strong and I’m better at what I do and I’m passionate about what I do so they’ll have to take that away from me.”

“Are they ready for me? That’s the question,” he added. “I really don’t care who they do or what they are. It’s my legacy. I’m still young. It’s my opportunity and I’m going to fight hard and train as hard as I do and continue to do the things I love to do.”

Ronnie Shields, Charlo's trainer, was equally noncommittal when asked to predict the outcome of the GGG-Canelo showdown

“It’s a pick-em fight," Shields said. "I’m not going to lean one way or the other because on any given night, both guys at their best, can win.”

[QUOTE=HandsofIron;18024145]Because if GGG slaughters Charlo, his critics will say that he was picking on smaller guys moving up from 154. I want Charlo to be at his best whenever they fight, no excuses.[/QUOTE] Charlo would put a whoopin on lil…

[QUOTE=j.razor;18020527]For what? golovkin has fought 35 no names so what difference does it make?? Champions have moved up in weight to fight other champions too you know.[/QUOTE] Because if GGG slaughters Charlo, his critics will say that he was picking…

[QUOTE=HandsofIron;18004830]He's got the right frame for mw no doubt but I'd still like to see him against a top 10 guy before he tangles with GGG.[/QUOTE] For what? golovkin has fought 35 no names so what difference does it make??…

[QUOTE=j.razor;18003260]If Jermall says he is ready then who are we to argue with him? He doesn't have to cut weight which is better for him, remember Charlo is six feet.[/QUOTE] He's got the right frame for mw no doubt but…