The eight-round junior welterweight bout will take place at the Ocean Center in Daytona Beach, Florida.

Hill (13-0, 8 knockouts), who resides in New Orleans, Louisiana, knocked out Robert Hubbert in round 4 of his last bout on August 29. In his previous fight on July 11, Hill defeated once-beaten Xavier Wilson by unanimous decision. 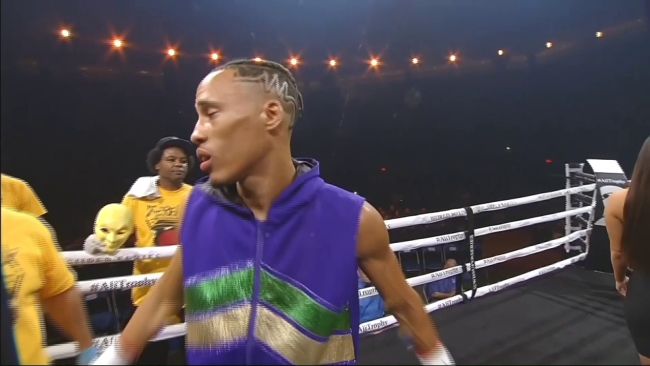 According to Glenn, the 27-year-old has a significant upside that could allow him to breakthrough in 2021.

"We're excited for another opportunity to showcase Jeremy's talent and ability,” Glenn, who is the CEO of Times Square Boxing Co., told Boxingscene Thursday night. “He's fighting a veteran with a solid record but we're expecting Jeremy to go out and put on a performance for the fans. Jeremy is a phenomenal talent. He has all the tools, when it comes to boxing, he can box, he can punch and he has great size for his weight class, but Jeremy also has the personality and showmanship that can make him a real star. Wherever we put him, Jeremy steals the show, because his energy just resonates with the fans."

"Throughout the pandemic we've been working hard, training and keeping Jeremy sharp and ready for every opportunity,” said Wattigney. “This fight is another chance for Jeremy to show everyone what kind of fighter he is and to take another step forward in his career. With his power, speed and boxing ability, Jeremy is a special fighter, but his work ethic and dedication are what really sets him apart."

Castellon (16-3-1, 12 KOs), who resides in Fort Lauderdale, Florida, has not fought since November 2018, when he was stopped by unbeaten Poindexter Knight in the opening round. After winning his first 16 bouts since his pro debut in November 2011, the 29-year-old enters tonight’s fight having lost his last three bouts.

Another fighter that Glenn manages will also fight on the Lank Promotions card.