Jeovanis Barraza keeps going back and forth between fighting at 147 and 154 pounds. Saturday night will be fought as a junior middleweight.

Barraza will face Gabriel Maestre in a 10-round bout at the Coliseo Sugar Baby Ramos in Barranquilla, Colombia. Both will be fighting for a regional title belt. 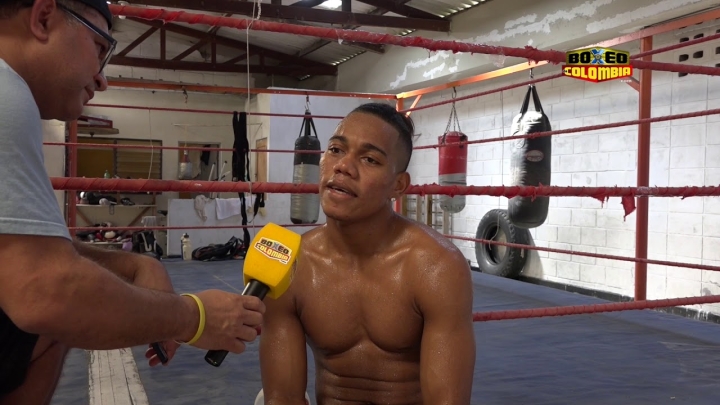 Barraza (20-0, 14 knockouts) will be fighting again in his hometown of Barranquilla, where he has gained a significant following in and around the city. Including Saturday’s fight, all but five of Barraza’s fights have occurred in Colombia.

In his last bout on Mar. 15, Barraza stopped Carlos Saenz in the fifth round. The knockout victory was Barraza’s fourth in seven fights.

The 23-year-old Barraza made his pro debut a month and half before his 19th birthday. Three of his last four bouts have taken place at 154 pounds.

Maestre, who is originally from Barcelona, Venezuela and now resides in Caracas, will be making his pro debut.

Flyweight contender Rober Barrera will square off against hard-hitting Josber Perez in a 10-round bout.

Barrera (22-2, 13 KOs), who resides in Monteria, Colombia, stopped Victor Berrio in the third round of his last bout on Dec. 2. The 26-year-old Barrera, who is ranked No. 5 by the WBA, has won his last four bouts since his loss to then-WBA junior flyweight titleholder Ryoichi Taguchi in July of 2017.

Perez (16-1, 14 KOs) will be fighting for the first time outside his native Venezuela. The 24-year-old Perez has won his last 17 bouts against average opposition.

Lightweight contender Cristian Baez (17-0, 16 KOs) of Venezuela, who is ranked No. 9 by the WBA, will square off against Barranquilla’s Gustavo Sandoval (15-11-1, 12 KOs) in a 10-round bout. Sandoval has lost seven of his last eight bouts.

Angel Rodriguez will face Argentina’s Julian Evaristo Aristule in 10-round featherweight bout. The 31-year-old Rodriguez (17-1, 8 KOs), who is originally from Venezuela and now resides in Tijuana, Mexico, has won his last nine bouts since his only loss in November of 2013. Aristule (34-10 1 NC, 17 KOs) has lost four of his last seven bouts.