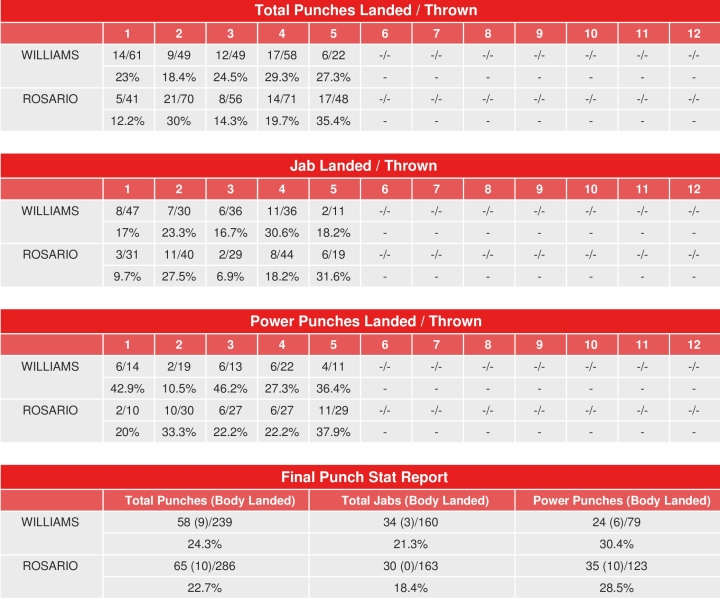 Philadelphia, Pennsylvania - In his first defense of the worlds titles - IBF, IBO, WBA middleweight champion Julian Williams (27-2-1, 16 KOs) was shocked by a dangerously punching Jeison Rosario (20-1-1, 14 KOs), who walked away with three world titles by securing a fifth round stoppage.

These stats back up what we saw: One came in wanting to win, one came in thinking he already had won. Rosario was winning rounds and had completely taken over this fight. I have to admit I like Williams in…

He dogged Hurd about his hometown loss.. And it happened to him too.. But worse. Man.. Karma has a way of humbling us.. But I must acknowledge these boys for risking tough fights in front of their home fans.. Rather…

J-Rock seems like a good guy, but way 2 arrogant and he was humbled