Rosario - who trains in Miami with Luis Chiro Pérez - will look for a showcase win as part of a big Showtime pay-per-view card.

"[This is the] best [camp] I've ever had. I'm in great condition, I feel super good. I am motivated, determined, very hungry and, really, very eager to see my opponent's face in the ring," Rosario told George Ebro. 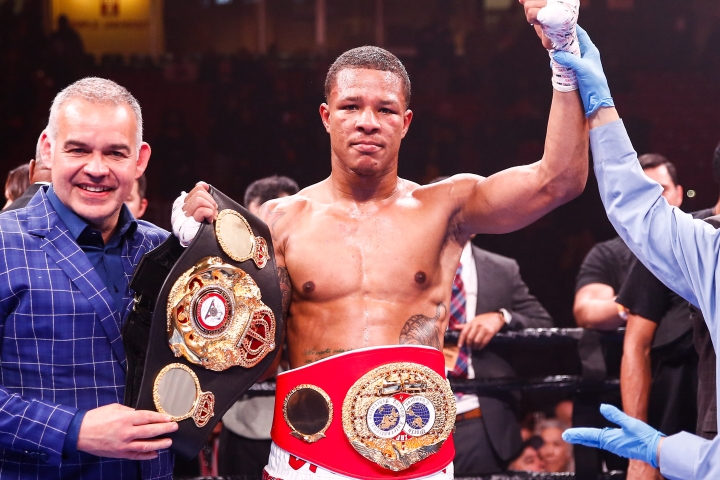 Charlo believes Rosario is a level below - which the Dominican boxer wants to prove incorrect.

He expects a very tough scrap with a top level fighter who reclaimed his world title with a knockout of Tony Harrison.

"Well, on the 26th we'll know if I'm not really at his level. I say I'm at the level of him and at anyone's level. I get ready. Whatever he says doesn't have any effect on me," Rosario said.

"[The Charlos] are two warriors, two fighters. Everyone who gets to a level is because they really have something. They have their talent and have worked for this. I'm not the one to downplay them. They deserve what they've got. If they're where they are, it's because they've earned it.

"The first thing that left me [after my last defeat] was the ego. Humility came and faith in God. When I lost, I told myself I had to trust God more and trust myself less. I trusted myself so much that I forgot everything around me. I didn't care about anything. I started working really hard. I started adapting my body to a new cycle and working with Chiro, my coach. I've been with him for over a year now and we're very pleased with what we want to achieve.''

[QUOTE=Doubledagger;20753571]After reading this article I sort of wish I wasn't a Charlo fan because I love Rosario mentality and attitude. SMH! My heart is gonna be all over the place on fight night whoever wins. Charlo is my guy but…

[QUOTE=Califire209;20753284]Damn homie you still negative 0 player. That Sucks![/QUOTE] Yeah don't even know why? Never been banned or anything. Dont post racist things. Someone just hates when I lay out facts to emotional lil girls on this site. Lol. Got…

[QUOTE=archiemoore1;20753321]Just his attitude alone makes me know he has a shot. He thinks right, he's mentally conditioned. Charlo is gonna have to knock dude senseless or he's gonna be there all night banging away[/QUOTE] After reading this article I sort…

Just his attitude alone makes me know he has a shot. He thinks right, he's mentally conditioned. Charlo is gonna have to knock dude senseless or he's gonna be there all night banging away