Plans were being made for former welterweight champion Jeff Horn (20-2) to face rising prospect Tim Tszyu (15-0) in what would be a mega fight in their native Australia.  The fight was expected to take place on April 22nd but those plans were put on hold when the sporting world was put on hold by the coronavirus pandemic.

While most of the world has been on lockdown, Horn told Fighthype.com that he has worked on staying in shape while he stayed at home with his family.

"It has been quiet for sure. The last 10 weeks have been very quiet. There hasn't been much going on. I have just been trying to keep moving a little bit by myself at home. I have been doing a fair bit but more just cardio at home and a little bit of shadowboxing," said Horn. 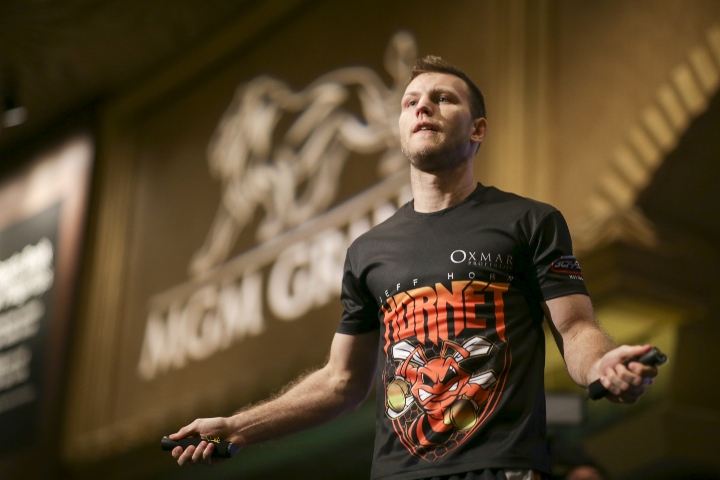 The tentative plan is for Horn to face the son of International Boxing Hall of Fame member Kostya Tszyu in September but those plans are hardly set in stone as the fight is financially dependent on what is expected to be a large gate.

Horn said that while he won't start training at 100%, he will stay in shape so that when the fight date is finally announced he will be ready to go.

"I think I will sit back. You are working still but not working as hard as if you know the fight is on. I need that switch as well to kind of turn me on. I really need a date to work toward but I am in training. I am making sure I am not losing any fitness and as soon as the fight is announced I should be able to get ready pretty quickly after that," Horn stated.

Horn is best known for his controversial 2017 unanimous decision victory over Manny Pacquiao. With the victory he captured the WBO welterweight title.

this tszyu is a real ****y little prick the way he talks, he dosnt bag any one directly but he must of grew up with lebs coz hes got a bad attitude, cant wait for for to get derailed by…