Jeff Horn Smiles: Tszyu is Hot Favorite To Win - I May Bet on Myself!

As BoxingScene.com recently reported, the Australian grudge match between Jeff Horn and Tim Tszyu has been rescheduled to August 26, with an expected crowd of 16,000 in Townsville.

Horn, a former WBO welterweight champion, stakes his future against the unbeaten rising star of the country, in a ten round junior middleweight contest.

Last year, the 32-year-old Horn (20-2-1) saved his career when he dropped Michael Zerafa twice to win a tough decision in their heated rematch. Earlier in the year, Zerafa picked up a stoppage win over Horn. 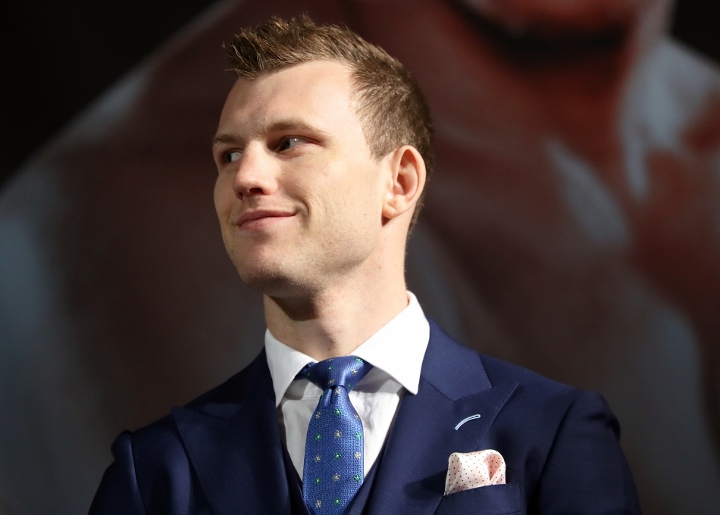 Tszyu, the son of Hall of Fame former world champion Kostya Tszyu, is being backed by many as the favorite to win.

Horn has a very big edge in experience and he's easily a big step up in class for the 25-year-old Tszyu.

He's shocked that so many people are backing Tszyu to win.

"He’s a hot favorite for this fight. I’m shocked. I kind of want to turn around and put some money on myself. I’m still around and still have the fight left in my belly and I’ll show that against Tim Tszyu," Horn said to the Sydney Morning Herald

"I look at his career and I don’t feel like he’s been tested fully. The tough opponents he has fought have been at the Australian level. That might be a telling factor. Anyway, I'm always happy to beat up a New South Welshman.

"I feel like [junior middleweight] the most comfortable division for me. You have to watch the weight and be very professional to get down there. The body has grown a bit since the welterweight days but it hasn’t grown enough to be an effective middleweight. This is bang on.

"It was easy to make the weight [at middleweight], which wasn’t really that good for me. I’ve always struggled to make weight and that’s probably how I should feel. I have always fought best when I cut weight and watch my diet and keep an eye on what I’m eating."

Although I think the terrible judging after the Horn v Pacquiao fight was another nail in the coffin for Australian boxing, especially when the rest of the world is experiencing a resurgence, a renaissance of sorts; hopefully this fight will…

Jeff Horn is back!!! In smiling

[QUOTE=steeve steel;20655357]Good choice, because I think betting against yourself is illegal.[/QUOTE] I GUARANTEE you Keef bet on himself against Manny.

I'm calling for more "Jeff Horn Smiles" articles. I can't get enough of them. They make you feel good in a world of hurt :boxing: