Jazza Dickens: All I Can Do Is Stay Positive, Focus On New Date

Jazza Dickens insists that he "didn't really know what to say" after testing positive for COVID-19.

The former British super-bantamweight champion was set to compete in the final of the MTK Global-promoted Golden Contract tournament at featherweight last Wednesday -- but it was revealed that the Liverpudlian had contracted the virus which is currently causing a global pandemic.

Dickens (29-3, 11 KOs) was alerted to the adverse finding last Tuesday morning after entering the fight bubble ahead of his showdown with ex-British featherweight champion Ryan Walsh at the Production Park Studios in South Kirkby, Wakefield. 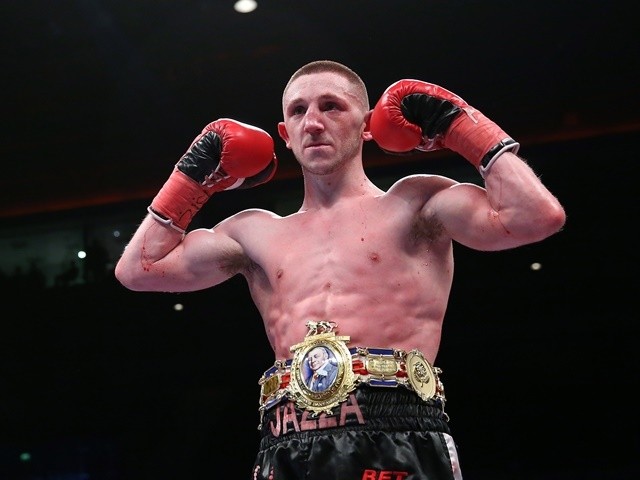 And after leaving the hotel -- alongside his team which included coach Derry Mathews who has also tested positive -- with the promise of a rescheduled date to be confirmed in due course, the 29-year-old ex-world title challenger has had his say on the matter.

"I can only really tell you how I feel," said Dickens in a video released on his own YouTube channel after making the trip back to his home city of Liverpool in accordance with the guidelines. "Training camp went perfectly and I've got evidence to say that I'm in the best shape of my life.

"When you talk about COVID, you think you're going to die if you get it, but I can tell you that there is absolutely nothing wrong with me. If there is, I have to say that Sky Sports and MTK Global have done a professional job and I understand that, while I might feel great, I am still a risk to others."

Dickens booked his place in the final of the tournament, exclusively live on Sky Sports in the UK in association with Eddie Hearn and Matchroom Boxing and Stateside on ESPN + in association with Bob Arum's Top Rank Inc., with a victory over Leigh Wood of Nottingham, while 34-year-old Walsh (26-2-2, 12 KOs) overcame Tyrone McCullagh for his part in the showpiece event which will earn the winner a lucrative promotional pact with a top promoter.

"The fight will still go ahead and for that I am greatful to MTK and Sky," continued Dickens, "and all I can do is stay positive.

"I was fitter and stronger than ever going into the fight and I'm still trying to figure out what has happened [with regards to testing positive for COVID-19], but I trust that God's got a plan for me."

Dickens says that he has booked an independent test for the virus and will update in due course regarding the results.

The other final of the tournament, in the super-lightweight division, will go ahead as planned, with Tyrone McKenna taking on former WBC Silver champion Ohara Davies in a bitter grudge match.

Liam Conroy, the light-heavyweight, will battle Serge Michel in the second semi-final in that weight class on the card, for the right to face Ricards Bolotniks in the final after Bolotniks won on all three scorecards in Latvia last weekend against Hosea Burton.

Steven Ward will return to the ring up at cruiserweight, while there is action for undefeated William Hamilton and talented amateur Ben Fail turns professional and will make his debut.

Details regarding the rescheduled final in the featherweight division will be revealed in due course.