Javier Castillejo Working As Volunteer To Battle Coronavirus in Spain

When the situation calls for it, public figures must step forward and set an example. That's what former world champion Javier Castillejo has done, and as a Red Cross volunteer he set out to help contain the ongoing pandemic with the Covid-19 that is plaguing the world and particularly his country, Spain.

Spain has been one of the most affected countries and millions of people are living on the edge. However, Castillejo has taken advantage of his position to help the cause.

“I believe and think that everyone should provide some help, some in one way and some in another. I think that athletes in general should also give support," Castillejo said. 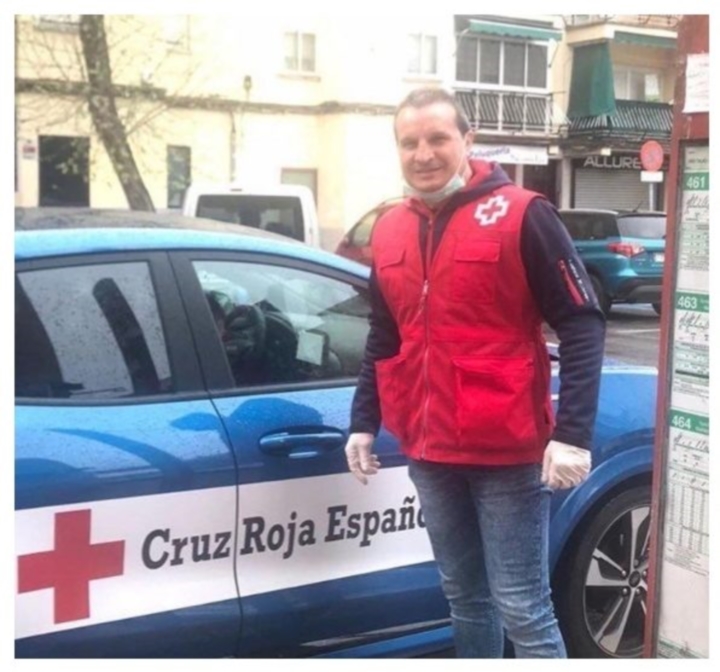 He was entrusted with a very noble mission. He helps the neediest, those who cannot go out on the streets because of their vulnerability.

“I have wanted to become a Red Cross volunteer for a long time. I had already been helping for some time and now, after being stuck at home with this problem, I believe it is time to help those elderly people who cannot go out to do their shopping. The role I’m playing right now is to go to the supermarket, buy the food they need and bring it to their homes,” said the former WBA middleweight champion.

Castillejo also discussed the situation in Spain and how it is seen from the perspective of someone who walks the streets, collaborates and has the opportunity to see first-hand everything that is happening.

“Here we are waiting for the famous peak to go down as soon as possible so that we can determine how many infected people there are and how many have been cured. The situation is difficult, it’s complicated. Many things are closed. It’s a big problem. I think that once we get through this, there will be economic problems that we must solve together," Catillejo said.

Finally, the former boxer sent a message of advice to everyone, both to those who are going through the worst of the crisis and to those who remain uncertain because the pandemic is still unfolding in their countries.

“The first thing I would say is that we should take this virus seriously because it kills. Some people get over it, but others don’t, it affects elderly people and it spreads fast and easily. The most important thing is to not leave the house. You have to wash your hands many times with soap and water. There are people who have the virus without knowing it and when they touch something after sneezing or coughing, that place harbors the virus. You have to be very careful, but what is really important is to not go outside," Castillejo concluded.

Señor Castillejo fighting COVID19. Exemplary individual. I would not do it and that's why I salute him for it.

Thank you Javier Castillejo, for helping Spain and your people. You are a hero too, you are helping in a noble cause.:boxing: [B] [/B]