Jason Sosa will step into the ring riding a three-fight winning streak after dropping two consecutives fights in 2017 and 2018 to Vasyl Lomachenko and Yuriorkis Gamboa.

Miguel Berchelt, the man he’ll face Saturday at the Dignity Health Sports Park in Carson, Calif., is the WBC junior lightweight title holder and another step up in competition now that Sosa has recovered from his skid. The former 130-pound WBA titlist is eager to prove again his champion-caliber status.

“It’s going to be a classic fight between a Mexican and a Puerto Rican. I’m sure we’re going to put on a show. If anyone is going to watch a fight Saturday, it should be this one,” Sosa told BoxingScene.com.

“I had the best camp possible, so there are no excuses. I have to be ready for a guy who wants to defend his title for a sixth time. My resume speaks for itself. Berchelt is just another opponent I need to defeat. I want to be smart in the ring. I’m not just going to be throwing punches. I’m going to bring my A-game.” 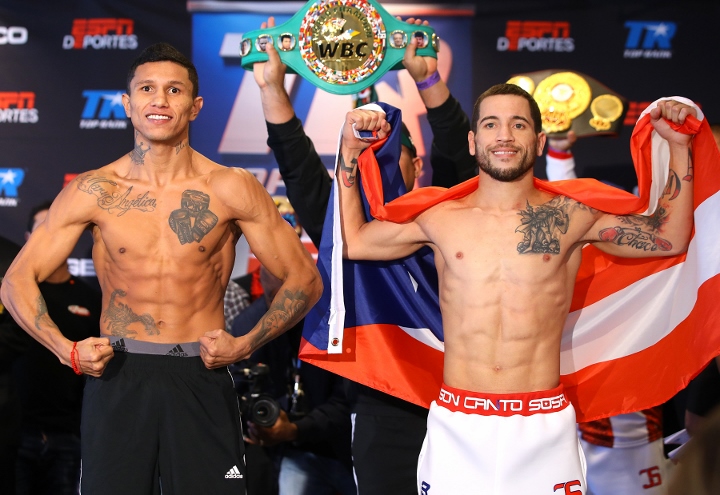 The 31-year-old Sosa, a Puerto Rican from New Jersey, said he took it for granted being a world champion when he first beat Javier Fortuna in 2016. He believes that his career is now finally turning the tide, and he credits his new outlook to his fiancé, who’s kept him following a straight line.

“This is going to be the tip of a new beginning. I’m here, I’m focused and I really want it. It’s my second time around. You only get two chances, and I’m going to make the most of mine,” said Sosa. “This time around, it’s a new and improved Jason Sosa. Everything has changed for me. It comes down to my boxing abilities, my smartness, my mindset, and what that’s like after you leave the gym.

“For the Lomachenko fight, facing off against one of the best in the world, it wasn’t really a loss for me, at the end of the day. I took a step up, and he was victorious. I’ve been expecting another opportunity since, and here I am. I want to give the fans the best fights. It’s going to be fireworks and a very entertaining fight on Saturday.”