Jason Quigley Calls Out Jaime Munguia For Next Fight

On the heels of his latest win, Jason Quigley is fully prepared to take on a stiff challenge for his next adventure even if it means coming ahead of his pursuit of a middleweight title. A 3rd round stoppage of Fernando Marin produced his second straight victory, matching the three-round knockout performance he collected just seven weeks ago. Both bouts took place at The OC Hangar in Costa Mesa, California, airing live on DAZN.

For his next ring adventure, the 28-year old middleweight doesn’t expect to remain at the same intimate venue. In fact, he fully expects to travel to hostile territory if that means nailing down a certain former titlist who has claimed two of Quigley’s countrymen within the past 12 months.

“I’ve never called anyone out in my life,” Quigley noted to DAZN’s Jessica Rosales after Thursday’s win. “I never said anything like that before, but Jaime Munguia beat a fellow Irishman.” 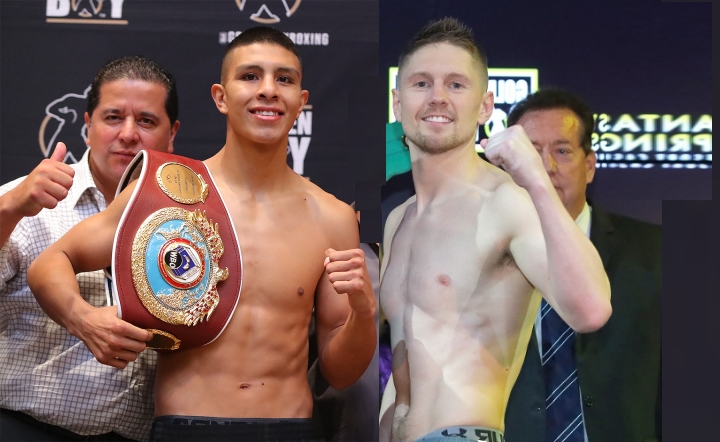 The feat to which Quigley speaks is Munguia (36-0, 28KOs) making his middleweight debut earlier this month, where he scored a late-round stoppage of Ireland’s Gary ‘Spike’ O’Sullivan. The bout came on the heels of his 17-month stay as a junior middleweight titlist, cramming in five defenses including a disputed 12-roiund win over Dennis Hogan last April.

“Jaime Munguia beat [O’Sullivan]; he beat a fellow Irishman of mine in Dennis Hogan as well,” pointed out Quigley. “I’m not one to call these lads out but I want to be a world champion.”

Quigley looking for that retirement check already or what? Because he’s angling up a suicide mission.

[QUOTE=Corelone;20345744]You guys have a lot of faith in Munguia. Im not on Qigleys band wagon, but the way Mungo eats punches, Quigley might be his level.[/QUOTE] As limited as Munguia is I still would chose him to KO / TKO…

[QUOTE=Fangedgrowl;20344764]No no, no, non ,no just no! Tell this Irish guy to fight someone with a pulse please. No more of this o'Sullivan, Hogan, etc ,mismatches. Let Munguia fight a real contender not some fringe Euro who really hasnt beaten…

You guys have a lot of faith in Munguia. Im not on Qigleys band wagon, but the way Mungo eats punches, Quigley might be his level.