Back in July, Quigley (16-1) took a bad beating in suffering his first career defeat at the hands of veteran Tureano Johnson.

Quigley, who is promoted by Golden Boy Promotions, expects to return to the ring on a date in December.

"I'll be back in early December, back over in California, getting the ball rolling and getting a good victory under my belt," Quigley said. 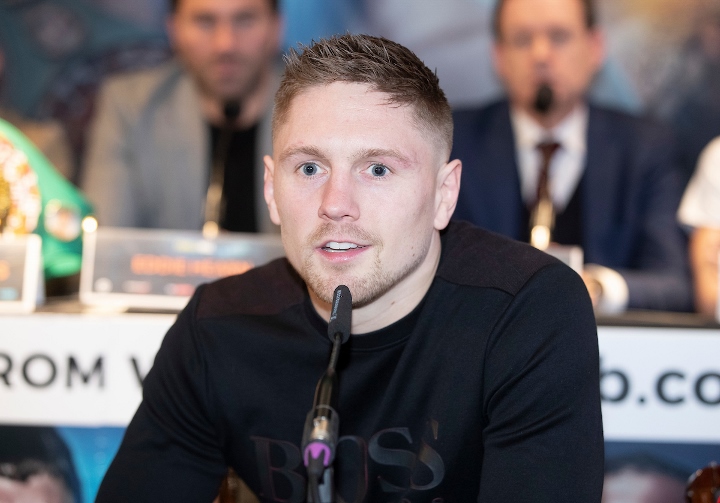 Quigley sees the move to Lee as being a very positive one for his pro career.

"It was a weird type of fight for me with Johnson, I knew it was my biggest test to date, obviously I trained hard and prepared right, there was just something not right," 'El Animal' recalled to Sky Sports.

"I was maybe a bit mentally burned out from the boxing side of things, being in Sheffield kind of killed me. Now I'm back in Dublin closer to home, working with Andy Lee, I have that nice balance. With Andy, the spark is back and I'm born again. He's young, fresh and only retired a few years ago, he has the same spark to succeed, we gel and want to make something special.

"The defeat was difficult and hard to take, but I was surprised at how well I dealt with it. I was probably two fights away from a world title shot whereas now I'm probably three or four away, these setbacks happen."

In his return bout, the once-beaten boxer is hoping to face someone with a pulse. He does not want to face an opponent who gets blown away in a round or two.

"I don't want an opponent who I'll bang out in a few rounds, I want someone experienced that can test me. I want to be able to work on things. I'm still with Golden Boy and am delighted to be with such a great promotional team. I've got big hopes and title ambitions for 2020," Quigley said.

"A lot of the middle and super-middleweights - 'Canelo', Andrade, 'GGG', Smith, Saunders, Jacobs - are all in and around the same TV and promotional outfits, so these big fights can and will get made."

Squiggles is a mediocre fighter who got properly handled in his last fight. One of the worst unbeaten fighters I'd seen in some time who got his zero rightfully pulled from him.

Quigley is a slow, weak and flat-minded fighter. He will not beat any of those he mentioned: 'Canelo', Andrade, 'GGG', Smith, Saunders, Jacobs. For Golden boy he is a toxic asset that must be got rid of as soon as…