Jarrell ‘Big Baby’ Miller and Joe ‘Juggernaut’ Joyce continue on with their war of words.

Whether the fight through social media results in one in the ring remains to be seen.

The pair of unbeaten heavyweights have circled one another, mainly with the intention of dragging the other through the mud. Miller (23-0-1, 20KOs) called Joyce by name during a recent rant posted on his Instagram story, claiming he wanted the 2016 Olympic Silver medalist as his first opponent of 2019.

Needless to say, the fish were biting.

“It will give me great pleasure to shut up “Big Baby” Miller, on behalf of everyone in the sport,” England’s Joyce (10-0, 9KOs) replied back upon hearing his named dropped. “Sign the contract and stay clean! The Juggernaut will be ready!” 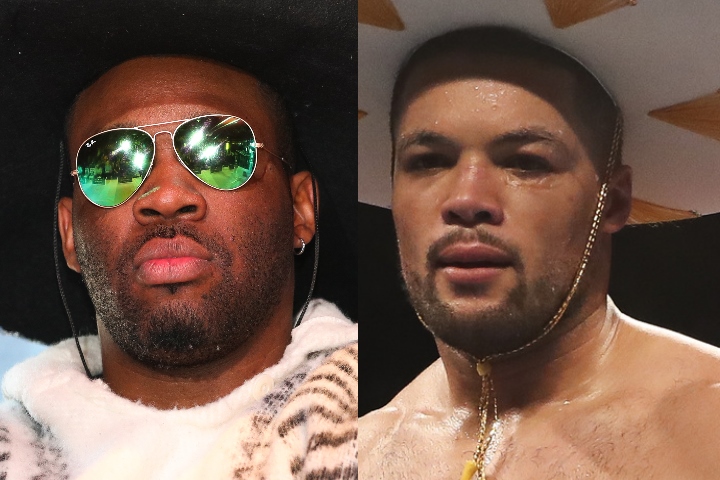 The ‘clean’ part was a shot at Brooklyn’s Miller having tested positive for multiple banned substances ahead of his eventually pulled title shot versus then unbeaten, unified heavyweight titlist Anthony Joshua. The sequence resulted in his Federal ID being flagged by the New York State Athletic Commission (NYSAC), along with the World Boxing Association (WBA)—one of the sanctioning bodies whose titles Joshua held—refusing to sanction any of his bouts over the next six months.

Miller treated the period as an actual suspension, which would make him eligible to return or at least apply for a boxing license by late September. Having not fought since a 4th round knockout of Bogdan Dinu last November, his handlers have since intervened and advised their charge to take a lower-profile bout for his first one back in nearly a year.

Naturally, word got back to Joyce, whose promoter Frank Warren reached out to Miller’s team in efforts to secure such a fight.

“Hearing "Big Belly" Miller is requesting a warm up fight before getting in with #THEJUGGERNAUT,” Joyce noted on Monday. “His record is one big warm up. All the talk and no trousers as expected.”

Joyce is eager to get in at least one more fight in 2019, with his last outing resulting in his being extended the distance for the first time in his career. The 6’6” Londoner, who turns 34 later this month, had been a knockout every time out prior to a July points win over Bryant Jennings, having gone eight rounds and to the scorecards for the first time in his two-year career.

It was a solid performance by the Brit, but by no means suggestive of his being ready for the world title stage as far as Miller’s handlers are concerned. In fact, they have another fight in mind while continuing to explore next steps for their client.

“It’s very cute that Joe Joyce is trying to make a name for himself by calling out Jarrell,” Greg Cohen, Miller’s co-promoter (along with Dmitriy Salita) told BoxingScene.com. “If I were Joe Joyce I’d call out Jarrell too, it’s only upside for Joe and only downside for Jarrell.

“Nice try Joe, how about fighting Jarrell ‘s stablemate Joey Dawejko—who’s been calling Joyce out for (more than) a year, and who I believe will KO Joe and shut his loud mouth up.”

Miller has to cherry pick more than ever without his PEDs and pray for another undeserved lotto ticket fight. Millers real record is 0-0 since he has obviously been a PED cheat since his kickboxing days.

I got Joyce if this ever happens

Miller and Whyte. We have no idea how good or bad either fighter is because they are PED cheats