Jaron Ennis Return - Highlights To Be Shown on Showtime

Undefeated welterweight prospect Jaron “Boots” Ennis will return to action this Friday, August 23 on the non-televised undercard of ShoBox: The New Generation from Main Street in Broken Arrow, Okla. SHOWTIME will show highlights of Ennis’ long-awaited return during Friday’s telecast in anticipation of a nationally televised fight this fall on the network.

The highly touted Ennis (22-0, 20 KOs), of Philadelphia, has scored 12 straight knockouts, including two emphatic victories on ShoBox in 2018. The 22-year-old returns for his first fight since November of last year as he looks to continue his rapid progression in one of boxing’s glamour divisions. 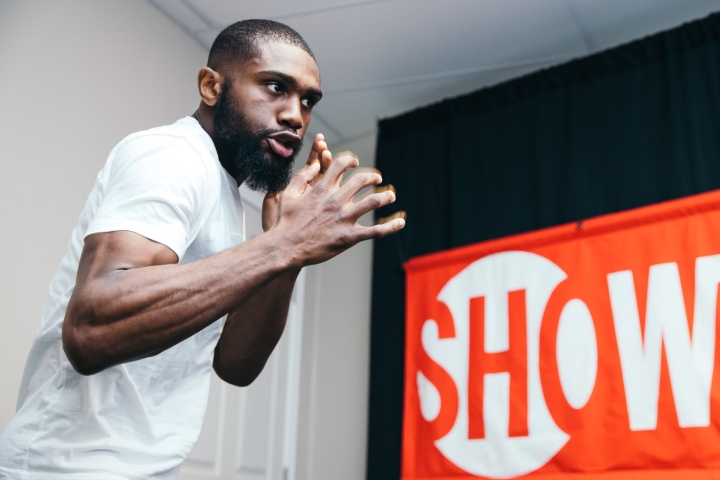 “I have been out of the ring for nine months, but I have been training every day,” Ennis said. “There won't be any ring rust, because I never took a break. I'm ready to put on a show, get the win, and get back on TV in the fall. I'm focused on Friday's fight, and I'm ready to show that I’m the future of the welterweight division.”

“Jaron Ennis is without question one of the most talented young fighters in boxing and we look forward to working with him as he continues his climb up the welterweight ladder,” said Stephen Espinoza, President, Sports and Event Programming, Showtime Networks Inc. “With eye-catching power, speed and charisma, Jaron possess all the tools to become a star, and we’re excited to be part of that journey moving forward.”

Ennis was a standout amateur before turning professional in 2016, winning the 2015 National Golden Gloves and earning a No. 1 ranking as the top amateur at 141 pounds. Since turning pro, Ennis has stormed through his first 22 opponents while his level of opposition has steadily increased. The aggressive and come-forward welterweight owns nine first round knockouts and has yet to be pushed past the sixth round.

One of boxing’s most highly regarded prospects, Ennis was sidelined for the first half of 2019 while he resolved a promotional dispute. Ennis will face Franklin Mamani (23-5-1, 13 KOs) this Friday in Broken Arrow and, pending the outcome, will look to return this Fall in a televised bout on SHOWTIME.

What I dont like about Showtime as a boxing broadcaster is that they dont have any means to broadcast/offer the undercard fights (as far as I know). DAZN, ESPN+ and FOX (with FS1 as a prelims channel) are always showing…

[QUOTE=hitmanjosh;20005613]He did was great with super fast hands and loads of energy, but because of boxing and bad business deals and poor management with his money, he's broke and broken and a mind is a terrible thing to waste. All…

[QUOTE=Rigpig;20005414]I always hear how good this guy is but have never actually seen him fight. Doesn’t seem like they’re promoting him good. His hands look huge in that pic. He just be a big puncher.[/QUOTE] His defense is what REALLY…

Why the hell is he on the non-televised portion??? He needs to Earn With Hearn!!!