Ennis (18-0, 16 knockouts), who resides in Philadelphia, broke down Garibay by utilizing his speed and aggression. The 20-year-old Ennis ended matters at 2:14 of the fourth round, when Eric Dali stopped the bout. 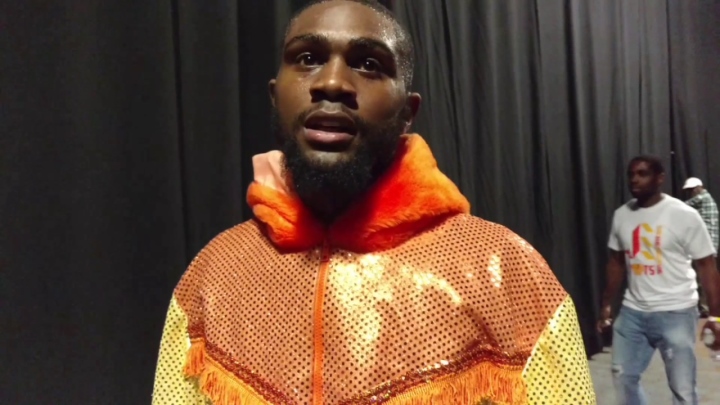 Friday night marked the first time Ennis fought in 2018. He fought nine times in 2017 and whether Ennis will fight that often this year remains to be seen.

Ennis has remained very active since making his pro debut in April of 2016.

Another Philadelphia fighter was successful in the main event of the Real Deal Boxing card, which is headed by former undisputed heavyweight champion Evander Holyfield. Lightweight Steven Ortiz (8-0, 3 KOs) stopped Joshua Davis (11-3, 5 KOs) at 2:21 of the second round.

Kerr topped an MTK Scotland dinner show in his home city as he recorded an eight-round, super-welterweight points victory over Gloucestershire-based Lewis van Poetsch at the Crowne Plaza.

The 27-year-old improved his record to 11-1 with the keep-busy win, which acted as a warm-up for an anticipated Scottish-title fight in the spring.

Worst nickname in a minute "Boots". And a highly manufactured record, only 7 of his 18 opponents had a winning record. And those 7 guys he beat with a winning record were collectively 5-14-1, 1NC in their last 3 fights.…